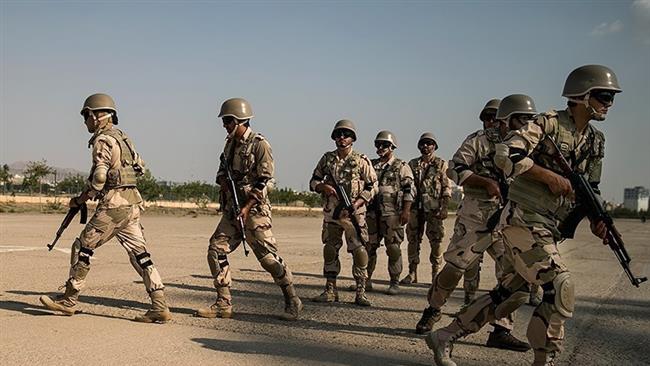 Tens of thousands of Iran’s Basij volunteer forces are participating in massive defense maneuvers held in the capital city of Tehran to boost the country's security and counter enemy threats.

Several commanders of the Islamic Revolution Guards Corps (IRGC) as well as government officials are observing the exercises.

The drills, code-named Tharallah, started at around 8:30 a.m. local time (0400 GMT) on Thursday at Velayat Park – formerly a large military garrison – in Tehran, and as many as 50,000 members of the Basiji volunteer force from 250 battalions have participated in them.

The Tharallah exercises, which are meant to enhance Iran’s deterrence power and improve its defense and security preparedness, will wrap up later on Thursday.

Iran has over the recent years conducted numerous military drills to enhance the defense capabilities of its armed forces and test modern military tactics and equipment.

The Islamic Republic has repeatedly underscored that its military might poses no threat to other countries, reiterating that its defense doctrine is based on deterrence.

The radar systems, dubbed Nazir and Bina, were unveiled on in a ceremony attended by Commander of Iran’s Khatam al-Anbiya Air Defense Base Brigadier General Farzad Esmaili.