Most Iranian newspapers on Saturday (September 13) gave front-page coverage to the comments of President Rouhani at a summit of the Shanghai Cooperation Organization in Dushanbe. The meeting between Presidents Rouhani and Putin on the sidelines of the event and its potential importance in forging closer ties with Russia also drew a lot of front-page attention. News about the recovery of the Supreme Leader following his prostate surgery on Monday was also given prominence in the newspapers.

Afarinesh: The Portuguese head coach of the Iranian national football team Carlos Queiroz is due back in Tehran later in September to sign an extension to his deal. 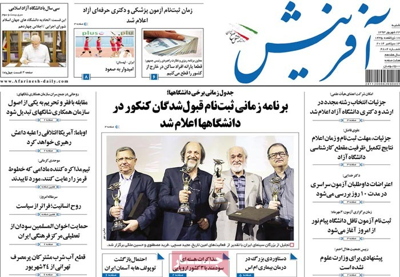 Ebtekar: “[Former President Mohammad] Khatami sends a letter to the Leader of the Revolution, wishing Ayatollah Khamenei recovery.” It came after bedside visits to the leader by prominent reformist figures such as Seyyed Hadi Khamenei and Mohammad Reza Aref.

Ebtekar: “Efforts to enhance Internet content control is a waste of money,” says Nemat Ahmadi, an Iranian lawyer. “One cannot ban the import of technology just like slapping a ban on imports of cars.”

Ebtekar: “Those who seek to hit the streets [to promote virtue and prevent vice] need to have proper permits, otherwise they will be seriously dealt with by police,” warned the spokesman of the Interior Ministry. “There are many people or groups who are critical of the way things are run in society. And sometimes they are right. But critics cannot take the law into their own hands.” The warning by Hosseinali Amiri came after Ansar Hezbollah said they’d launch motorbike patrols to counter those who flout morality laws. 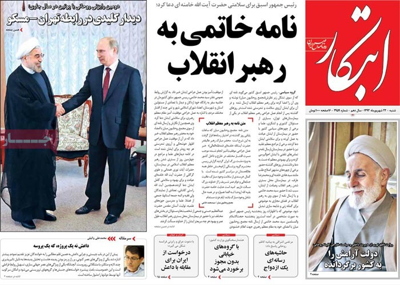 Ettela’at: “Talks to export Iranian natural gas to Europe will get under way shortly.”

Ettela’at: “Veteran stars of stage and screen get together at the capital’s Vahdat Hall to celebrate the second anniversary of the foundation of the Veteran Actors Institute.”

Ettela’at: The director of the Environment Protection Organization has expressed concern over unbridled development activities in the forests of the north [near the Caspian Sea].

Ettela’at: “People should be free to speak their mind within the framework of the Constitution,” the president tells a group of Iranian expats based in Tajikistan. 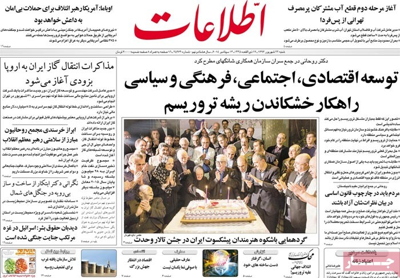 Farhikhtegan: “President Rouhani has restored calm to the country. A government whose words do not inflame tensions has come to office in the country,” said Ali Akbar Nategh Nouri, who heads the Supreme Leader’s Inspection Office.

Farhikhtegan: “Monopoly in expression of ideas in universities sounds the death knell for institutes of higher education,” the head of the Supreme Leader’s Office in Universities said. 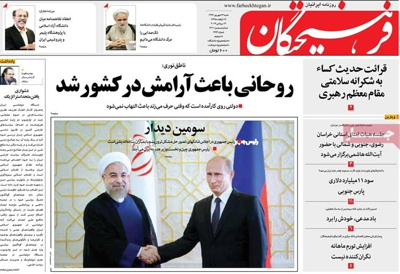 Hambastegi: “Organized planning is the only way to counter extremism and terrorism,” President Rouhani said in Dushanbe. 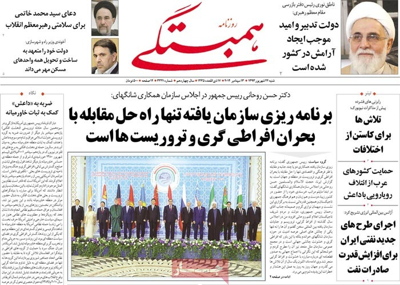 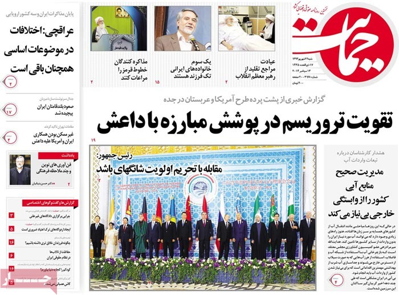 Jamejam: The Iranian volleyball squad take on Poland in a crucial encounter in the FIVB World Championships late Saturday. 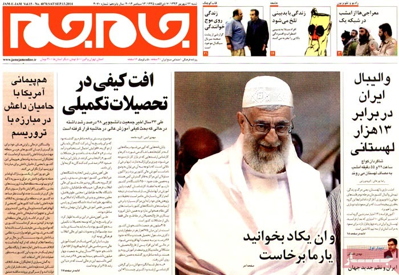 Kar va Kargar: “In the absence of contribution by regional nations and governments, the fight against terrorism won’t be successful,” President Rouhani tells a summit of the Shanghai Cooperation Organization.

Kar va Kargar: “The gap between employment figures in well-to-do and impoverished provinces is as much as 13 percent.”

Nasl-e Farda: Will Russian-made Tupolev, which is known in Iran as the Death Bird, make a comeback to the skies over Iran? 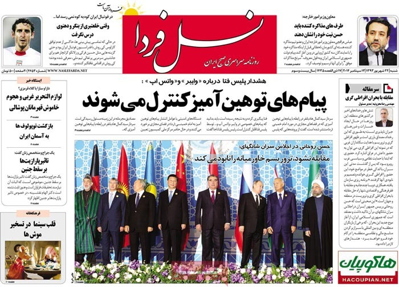 Rah-e Mardom: “Over 50 percent of the country’s hospitals are too old and need renovation,” says the Iranian health minister. 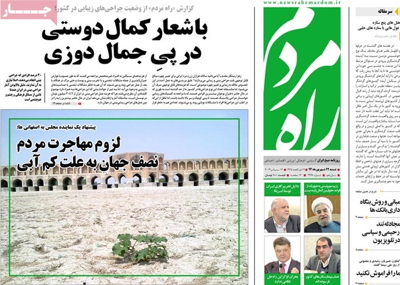 Roozan: The brother of former President Mohammad Khatami says he has no idea why he’s been banned from leaving the country. “A while ago I went to the airport to leave the country, but authorities there confiscated my passport without offering any reason for the move,” Mohammad Reza Khatami said. 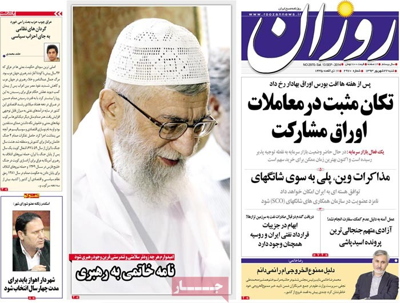 Vatan-e Emrooz: “Bombing won’t eliminate the scourge of terrorism,” the president says in a summit of the Shanghai Cooperation Organization. 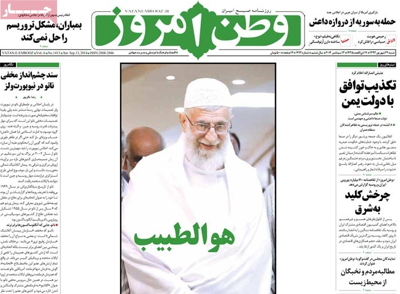