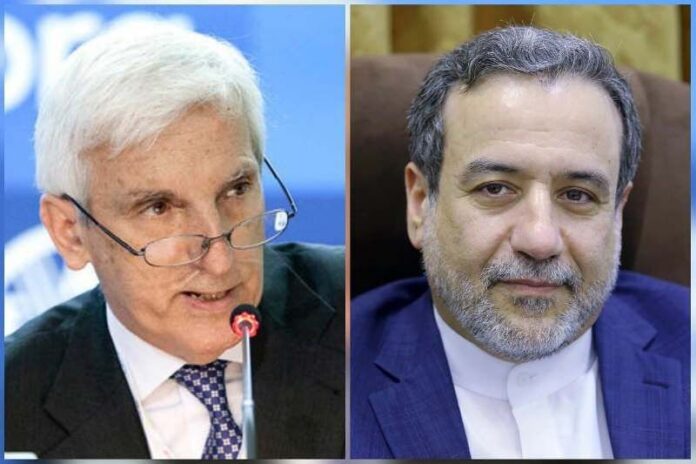 Iran’s Deputy Foreign Minister for Political Affairs Abbas Araqchi says the only way forward with the 2015 nuclear deal, officially known as the Joint Comprehensive Plan of Action (JCPOA), is to lift the United States’ illegal sanctions against Tehran.

“We expect the other sides to seize, in a constructive manner, the opportunity left for diplomacy and avoid any move that would further disrupt the existing atmosphere,” Araqchi said in a virtual meeting with Secretary General of the Greek Foreign Ministry Themistoklis Demiris.

Araqchi emphasized the importance of preserving the JCPOA as a diplomatic achievement in the contemporary era.

He said the United States’ unconditional and full return to the JCPOA as well as the lifting of all sanctions are the main conditions for Iran to fully comply with its obligations under the JCPOA.

“Iran scaling down its nuclear commitments was in line with the provisions of the JCPOA and came in reaction to the US and Europe’s failure to make good on their commitments,” he said.

Araqchi described as “insufficient” the announcement by France, Britain and Germany that they will make good on their commitments.

“The Islamic Republic of Iran’s restraint over the past four years has been the key contributor to the preservation of the JCPOA,” he added.

The top diplomat also dismissed as a “wrong move” attempts by three European countries to draft a resolution at a meeting, this week, of the Board of Governors of the International Atomic Energy Agency (IAEA) following the agreements reached between Iran and the IAEA during a recent visit to Tehran by IAEA Director General Rafael Mariano Grossi.

“After the failure of the United States’ ‘maximum pressure’ approach, Iran will not accept similar behaviour,” he said.

Araqchi then called for the promotion of Iran-Greece relations given the existing potentialities.
Demiris, in turn, said Greece does support the use of diplomacy to settle differences.

He said Athens, in tandem with its European partners, has always been against the United States’ withdrawal from the JCPOA and the imposition of unilateral sanctions against Iran, and has supported the JCPOA.

The Greek official highlighted the importance of enhancing Tehran-Athens ties on all fronts.