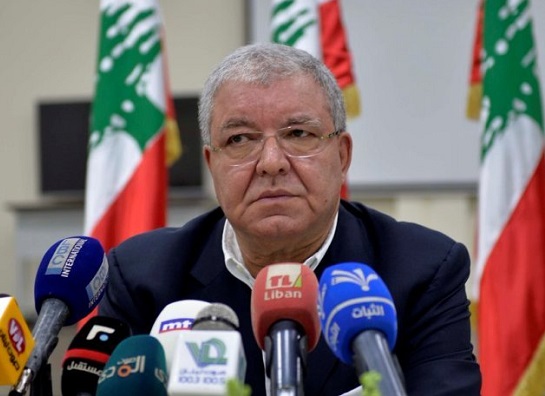 The Lebanese interior minister has blasted reports claiming that Bahaa Hariri, Saad's older brother, might take the helm instead of him, saying that such allegations mirror a mentality of ignorance and retardation.

Nohad Machnouk says Lebanon’s democratic system is based on elections, not on a simple pledge of allegiance.

“The Lebanese are not a herd of sheep or a plot of land whose ownership can be transferred from one person to another,” added Machnouk.

He went on to say that Lebanon’s policies are developed through elections, not by allegiance, underlining that anyone who thinks otherwise, has ignored the political nature of Lebanon who knows nothing about the country’s democratic system.

According to a Farsi report by Fars News Agency, Lebanon’s al-AKhbar has reported that the new Saudi ambassador to Beirut has talked to the family of former Prime Minister Rafic Hariri, including his wife and daughter, asking them to appoint Saad’s elder brother Bahaa Hariri as the head of Future Movement.

He has also asked Hariri family to go to Riyadh as soon as possible and swear allegiance to Bahaa along with Saad Hariri. Furthermore, Saad Hariri has agreed to this in exchange for his freedom, living in Europe and withdrawal from political activity.

The report says based on orders received from Saudis, Saad must return to Beirut, formally submit his resignation to President Michel Aoun, return immediately to Riyadh and swear allegiance to his older brother.