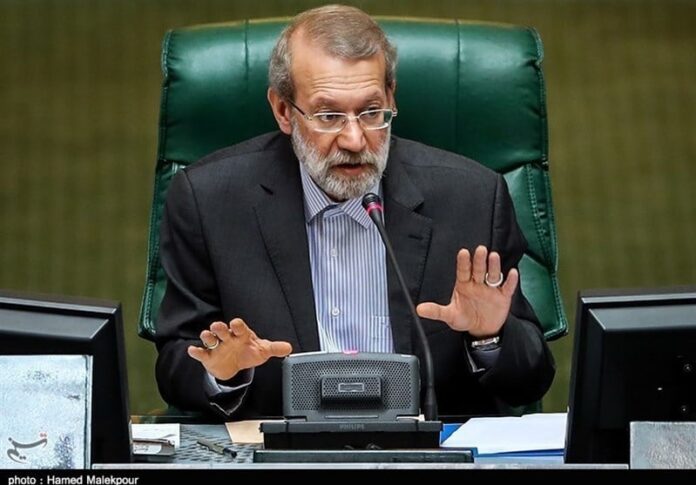 Iran’s parliament speaker hailed the outcome of Sunday’s election in Lebanon as a response to the hostile policies of the US and Israel towards Lebanon, such as their attempts to upset the Arab country’s security by supporting terrorists.

Addressing the parliament on Tuesday, Ali Larijani lauded the Lebanese nation for responding to the US and Israeli hostile moves by voting in the parliamentary elections.

The wise Lebanese nation expressed their comments by voting “no to the US and no to Zionists” in the elections in spite of all the dirty dollars that the US, Zionists and their regional followers spent to harm Lebanon, he added.

The speaker called on the US president to notice the result of the American and Zionist plots against Lebanon in the vote of the Lebanese people, warning the US that lack of commitment to the Joint Comprehensive Plan of Action (JCPOA) will have the same outcome.

Donald Trump should realize that political and military pressure against people of the region will be faced with the voice of nations who stand against bullies, Larijani underlined.

On Sunday, Lebanese people voted for their favorite candidates competing for 128 parliamentary seats.

Hezbollah and its political allies won more than half of the seats in the polls.

Hezbollah’s gains come as Trump is going to announce his decision on whether to stay in the JCPOA, the 2015 nuclear agreement between Iran and the Group 5+1 (Russia, China, the US, Britain, France and Germany).

Iranian President Hassan Rouhani has warned Washington against the “strategic mistake” of withdrawing from the nuclear deal, maintaining that Tehran has no concerns about the US’s cruel policies and wrong moves.