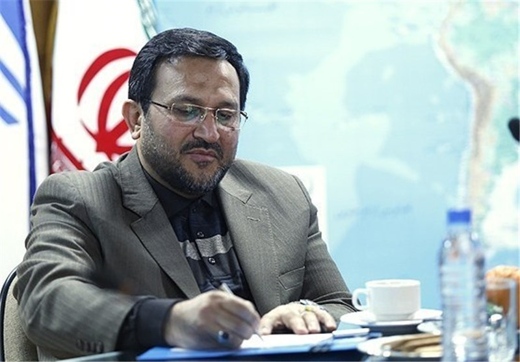 Despite the Western media's technological advantage, Muslim media can tap into the privileges of conformity and honesty to get their message across.

Cultural deputy of the World Assembly of Islamic Awakening described Supreme Leader of the Islamic Revolution Ayatollah Seyyed Ali Khamenei’s letter to the European and North American youth as an outstanding model for effective dialogue with the West’s younger generation.

Addressing the eighth General Assembly of Islamic Radios and TVs Union (IRTVU) in Tehran on Monday, Hamidreza Moghaddam-Far called on Muslim intellectuals to study various aspects of the Supreme Leader’s letter and use it as a model to formulate the policies for dialogue with the West.

Back in January, Ayatollah Khamenei wrote a letter asking the European and North American youth to gain direct and firsthand knowledge of Islam in reaction to the flood of prejudgments and disinformation campaigns.

What follows is the full text of Mr. Moghaddam-Far’s speech at the conference:

The current status in the world is a status of fundamental changes and developments and the world is on the verge of a historic and landmark turning point. In general, the new global condition can be defined as general and public discontent of humanity – even in developed and rich societies – about the existing conditions, unjust and oppressive management of the world order and also can be defined as people’s constant quest for change.

As the Western culture and thought is declining, we are witnessing a gradual but remarkable growth of the awakening movement and a tendency toward spirituality and a renewed desire for faith and religions throughout the world, the Western societies in particular, in a way that secular scientific and academic circles in the West are paying more attention to the role of religion.

Scholars are now talking about the return of religion from exile and have named the upcoming decades the “Post-secularism” era. Among all religions, Islam, as the sole religion which remained free from deviation and a religion with a comprehensive and collective paradigm for different aspects of the life of humanity, enjoys the highest capacity for introducing itself as an alternative model to replace dominant Western models.

This divine, dynamic and live religion with over one billion followers and with highest rate of new converts throughout the world, is the sole entity that, as acknowledged by the Western analysts, can challenge the dominant order, model and discourse of the West. Accordingly, Islam is considered the alternative for Western discourse and identity. For that reason, the Western rulers’ grave concern about the daily growth of Islam and the threat posed by the expansion of the Islamic thought to their global dominance, have pushed them “since two decades ago, namely after the collapse of the former Soviet Union, to portray this great religion as a terrible enemy, and target Islam and Muslims in an unprecedented manner by using the old policy of fear and hatred.”

Unfortunately, the emergence and growth of Salafi-Takfiri extremist current inside the Islamic countries’ territories in the past years under overt and covert support by some Western governments, have provided Westerners with the chance to use media campaign to picture a fake and fabricated link between Muslims and concepts such as terrorism, extremism, violence, and sabotage.

To that end, an extensive plan was devised in partnership with American scholars, politicians, media activists and filmmakers in order to spread a fabricated fear and hatred of Muslims around the world within the project of Islamophobia, and enable the Western politicians to introduce their hired terrorists as the representatives of Islam in a hypocritical manner.

It is crystal clear that the media have had and continue to have a pivotal role in the process of masterminding and implementing the Islamophobia project, and their actions in serving the objectives of the super powers in countering Islam have been very significant and influential. The powerful Western media outlets employ various techniques and modern ploys to deceive minds and take control of opinions. They are trying to create an emotional barrier between people and the facts through presenting insulting and cheap images, in a bid to prevent people from making an evenhanded judgment and restrict them inside fabricated and mental barriers.

Now the question is about the Islamic world’s duty in the face of the Western-led hegemonic system and its anti-Islamic measures in the current sensitive and decisive juncture, which could be a major milestone in the history of humanity. It seems that the leaders, clerics, scholars, the intelligentsia and media in the Islamic societies need to gain a deep understanding of the volatile situation in the contemporary world and believe in the alternative role that the Islamic model could play vis-à-vis the ineffective existing model, and should use different methods to develop a strategy to destroy the foundation of the oppressive and unfair order that prevails in the world.

This major strategy could be carried out in two stages:

In the first step, an approach of criticism should be adopted to question the legitimacy of the global order that has been established under the management of the Western powers, which is at the same time quite unfair, illegitimate and improper and is a clear symbol of injustice, inequality, discrimination and hegemony. During the second step, the idea and model of “Islamic world order” should be introduced to the world as the best alternative model and the only procedure for saving humanity from the unsolvable crises brought by modernity.

The letter that Supreme Leader of the Islamic Revolution sent to the youth in Europe and North America a few months ago is undoubtedly considered a testimony of a wise and smart measure to destroy the foundation of the hegemonic world order and introduce an alternative Islamic model. Such an innovative move is remarkable from many aspects, and contains a lot of informative points whose deep understanding could be very effective for defining the future path for the Muslim propagators and media outlets.

First of all, the timing of the Supreme Leader’s letter was outstanding.

The letter’s content clearly shows that the author has a great knowledge about the developments in the world on the verge of a historic turning point, and that he has penned the letter in a bid to open a new field for proactive reaction to the enemy’s movements.

Secondly, this was the first time that the Supreme Leader addressed all the youth in Western countries rather than their politicians. This initiative is a clear example of using informal diplomacy to leave direct impact on the public opinion beyond borders and to pave the way for mutual understanding. It also reveals the Supreme Leader’s awareness of the increasingly significant position of the public opinion in the equations of world policy.

In fact, the Letter per se serves as a medium that uses a creative way and a gentle, fluent, friendly, informal, and non-imperative tone to launch a “questioning movement”. It just asks its audience to think about a number of fundamental questions in an open atmosphere without any pressure, prejudice, and necessity for accepting the author’s views.

Thirdly, the letter was first published in the cyberspace and through social networks. Given the deep influence of such media and new means of communication on the lives of people, especially the youth, in modern era, this innovative move showed that one should not take a passive approach in reaction to the massive influx of Western propaganda. Rather, offensive approach should be adopted and the same means should be used to counter their attacks and gain the upper-hand in a field that seemingly belongs to the opponent.

Fourthly, the letter’s content, though short in length, includes important and considerable topics, in a way that it takes both of the two necessary steps to deconstruct the global hegemony.

The mainstream media which sponsors the dominant discourse intends to tarnish the image of Islam in the eyes of the world and has always tried to portray an ugly, dark, violent, terrifying and threatening picture of Muslims at the global level. As a result, the need for the similarity between offense and defense requires the Islamic world to thwart the conspiracies of the enemies and take action to improve its image through media diplomacy. Joint action and further solidarity among media outlets and institutions in the Muslim world, like the Islamic Radio and Television Union can be effective in achieving better results.

Massive developments in the field of communication technology have made the media diplomacy to go through the traditional media and enter into the cyberspace and modern media. In the vast area of cyberspace, in which social networks, websites, blogs and mobile applications connect millions of people around the world, cyber diplomacy or (Twiplomacy) is growing fast and diplomats and political officials of different countries use its great capacity to communicate directly with the World public opinion. Therefore, the absence of diplomacy in the Muslim world in this field is tantamount to deprivation of an easy and cheap opportunity to convey political messages on a global scale which is never acceptable or justifiable.

The Supreme Leader’s letter to the young people in Europe and North America, which was published directly online for the first time, is a shining example in the arena of cyber-diplomacy which was well received by youth around the world.
This paradigm needs to be continued by other Islamic world’s leaders, scholars, elites and government officials. The letter by the Leader should not slip into oblivion as its content is very instructive and unmatched and is also full techniques on how to attract target audience.

Sticking to the following guidelines could be helpful for the world’s media:

1. Setting up a strategic center for leading and directing media campaigns and projecting specific news items on important international issues and issues related to Islam.

2. Studying and delving into various aspects of the Supreme Leader’s letter and using the letter’s coherent and targeted structure in order to formulate the policies and devise practical models of dialogue with the West.

3. Tapping into the letter’s capacity and focusing on it as a central point and interesting topic for raising the issue of widespread talks with the Western youth and intellectuals.

4. Necessity of identifying inclinations, fields of interest, sensitivities, and needs of non-Muslim audience that have been left abandoned by Western media and addressing their needs through Islamic world media outlets.

5. Echoing the voice and message of social activists like anti-war and anti-racial groups whose needs have been left unanswered by Western media.

6. Making use of the capacity of new media and social networks for sharing media products.

Although the West’s media campaign enjoys better technical equipment and huge funding and also outnumbers the Islamic world’s media outlets, Muslim media can also enjoy great privileges of conformity of their message to the truth-seeking nature of mankind and honesty in speech via learning more about the potential capacities. The Islamic world’s media will certainly succeed in overcoming the enemies and reverberating Islam’s right-seeking call all across the globe based upon a verse of the Holy Quran which says: “How many a small company has overcome a large company by permission of Allah.”