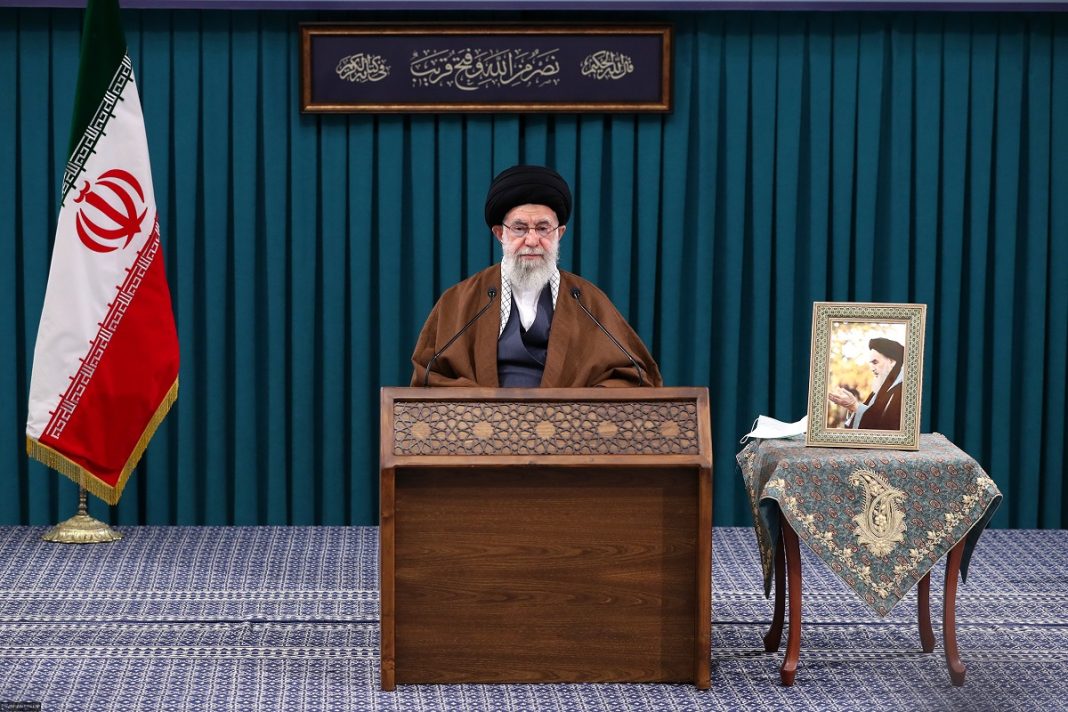 Leader of the Islamic Revolution Ayatollah Seyyed Ali Khamenei says all the developments unfolding in Palestine signal a “new equation” in the nation’s struggles against Israel, as most Palestinians are now embracing resistance as the only option against the regime’s occupation.

Ayatollah Khamenei marked the International Quds Day on Friday with a live televised speech in Arabic addressing the Palestinian people.

The Leader said today, the “invincible will” in Palestine and the entire West Asia region has replaced the Israeli regime’s once-called “invincible army.” Such circumstances, he said, have forced the “criminal” Israeli military to go on the defensive.

Ayatollah Khamenei said Israel’s staunch supporter, the United States, has also been suffering defeat after defeat in the region and elsewhere, including in the Afghanistan war, in the “maximum pressure” campaign against Iran, in controlling the global economy, and even in running its own state affairs.

He added that opinion polls suggest that most Palestinians are today encouraging their leaders to launch military operations against Israel, describing it as a “significant phenomenon.”

“This signifies the full readiness of Palestinians for confronting the occupying regime and gives a free hand to resistance organizations to take action whenever deemed necessary,” the Leader said.

Ayatollah Khamenei said the latest Palestinian activities in Jenin, which claimed the lives of over a dozen Israelis, have “driven the Zionists crazy.” This is while, he added, the Israelis massacred 200 Palestinians at the Jenin refugee camp 20 years ago, following the killing of a few Israelis.

The movements of Palestinians in both northern and southern parts of the 1948 territories in parallel with large protests in Jordan and East al-Quds and drills in Gaza show “the entie Palestine has turned into the scene of resistance.”

“What has been happening in Palestine in recent years has nullified all compromise plans with the Zionist enemy, since any plan on Palestine adopted in the absence or in contradiction with the opinion of its owners, who are the Palestinians, cannot be implemented,” he added.

Ayatollah Khamenei renewed Iran’s support for the Palestinian cause against Israeli occupation and condemned the “treacherous trend of normalization” with the Zionist entity.

“The Islamic Republic of Iran is a supporter and proponent of the resistance front and Palestine. We have always said this, remained committed to this and insisted on it,” he added.

The Leader described resistance as the only option to resolve the issues of the Muslim world and Palestine, above all.