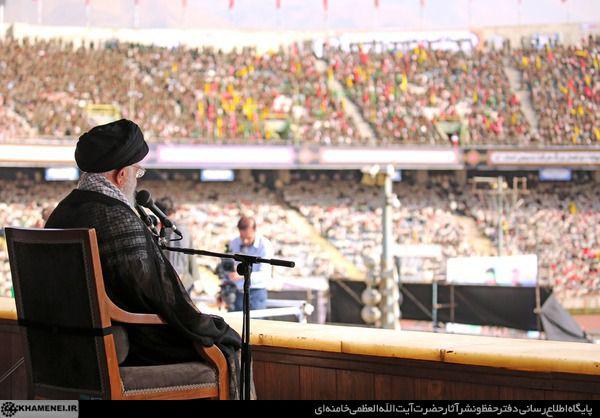 The Leader of Iran’s Islamic Revolution Ayatollah Seyyed Ali Khamenei says the country will definitely foil the enemy’s economic plot and overcome the sanctions through unity.

Ayatollah Khamenei made the remarks at a gathering of around 100,000 Basij (volunteer) forces in Tehran’s Azadi Stadium.

He also promised that as long as he’s alive he would not let enemies achieve their goals.

He further noted that the enemy is using media as a tool to paint a false picture of the situation in Iran and affect the public opinion in the country.

He said if media falls into the wrong hands, it will be very dangerous.

Ayatollah Khamenei said the enemies use media to paint a false picture of themselves and of Iran to deflect public opinion.

He said the enemy is dismayed at Iran’s might and want to see weakness within the ranks of Iranians.

The Leader then touched upon the elements of power in Iran which, as he said, include missile power and regional influence.

Ayatollah Khamenei took a swipe at some individuals inside the country who favour submission to the United States, saying the Iranian nation will stand up to the US bullying.

The Leader further described the Iranian nation as “invincible” and praised the “grandeur” of Iran.

Ayatollah Khamenei said the United States is resorting to sanctions as the only option available to it to confront the Iranian nations, adding Iranians will overcome sanctions.

The Leader said Trump reportedly told some European Leaders that the Islamic Republic of Iran will be gone in a matter of months. “Dream on!” added Ayatollah Khamenei.

The leader noted the enemy will retreat in the face of the nation’s unity and strong will. 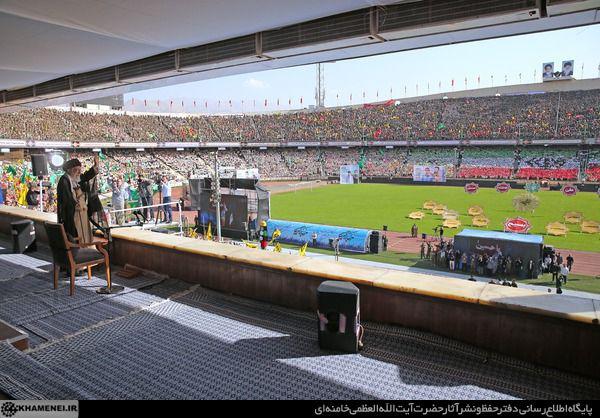