Leader: Iran not to allow inspection of its military centers 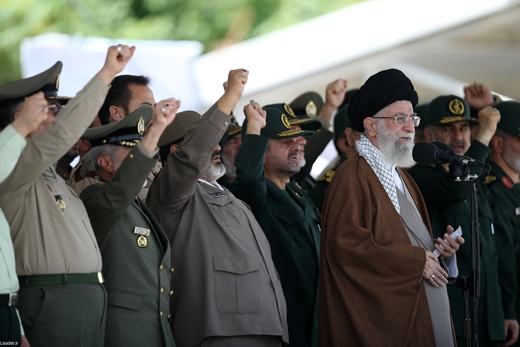 The Supreme Leader of the Islamic Revolution has said that Iran will not allow foreigners to inspect its military sites.

Supreme Leader of the Islamic Revolution Ayatollah Seyyed Ali Khamenei said Iran will not allow any kind of inspections of its military centers.

Addressing a meeting in Imam Hossein University on Wednesday, the Supreme Leader stressed that Iran will not allow inspections of its military facilities.

He further said they keep coming up with new things in the nuclear talks while we have already made it clear that Iran is not going to allow inspections of any of its military centers.

Ayatollah Khamenei stressed that Iran will not allow any of its military centers to be inspected by the foreigners.

They say they must receive permissions to conduct interviews with Iran’s nuclear scientists and I say this means interrogation, the leader said.

I will not permit foreigners to come and interview with scientists of the nation who advanced the domestic nuclear knowledge to this level, Ayatollah Khamenei stressed.

The Supreme Leader said he is informed that enemies, assisted by certain stupid officials in the Persian Gulf region, are determined to drag proxy wars close to the Iranian borders.

They should realize that Iran’s response to any evil move will be very harsh, the Supreme Leader of the Islamic Revolution reiterated.