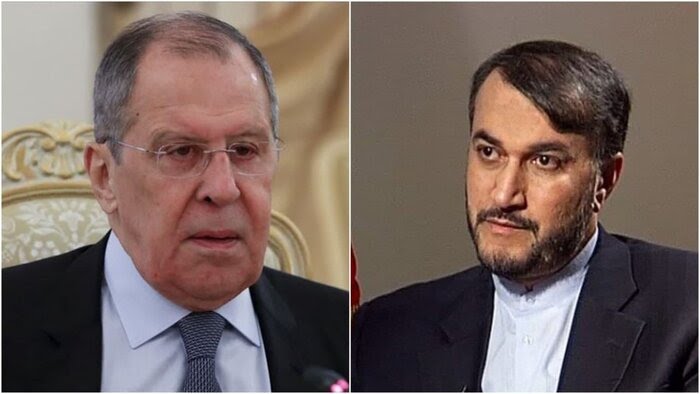 Top Russian diplomat Sergei Lavrov has told Iranian Foreign Minister Hossein Amir Abdollahian that Moscow, like Iran, does not accept any change in the nuclear deal and demands the agreement be fully implemented.

Lavrov and Amir Abdollahian were speaking over the phone on Thursday.

Russia is a signatory to the nuclear deal known as the Joint Comprehensive Plan of Action, JCPOA.

Iran, Russia, China and the European troika have been engaged in talks to revive the deal which plunged into disarray following the US’s unilateral withdrawal from the agreement in 2018.

After the US pullout and its reinstatement of sanctions on Iran, Tehran scaled down its obligations under the JCPOA. Tehran also says the European troika has failed to live up to its commitments under the deal.

In their telephone conversation, Amir Abdollahian and Lavrov discussed a host of other issues including bilateral ties and the situation in Afghanistan. Both top diplomats agreed that an inclusive government must be formed in Afghanistan that would involve all Afghan ethnic and political groups.

As for Covid, Amir Abdollahian emphasized that Iran expects Russia to stick to previous agreements on supplying Iran with more sputnik vaccines.