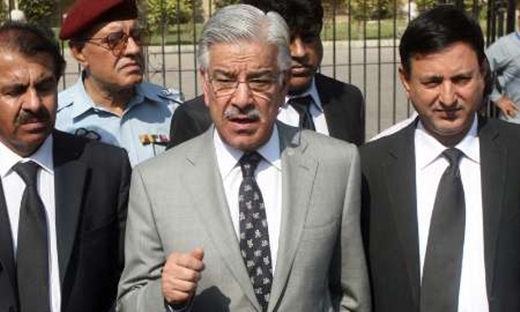 The great success in nuclear talks in Lausanne will make many changes in regional situation, especially in regional security, said the Pakistani defense minister.

Pakistani Defense Minister Khawaja Asif said that the joint statement released by Iran and P5+1in Lausanne is a big success and will strengthen peace and security in the region.

Talking to reporters on Friday evening, Asif said this great success will make many changes in regional situation, especially in regional security.

When asked about the possibility of Pakistan’s Prime Minister Nawaz Sherif’s visit to Iran during his tour to some Muslim countries to exchange views on Yemen problem, the Pakistani minister referred to Iranian Foreign Minister Mohammad Javad Zarif’s upcoming visit to Islamabad on Wednesday.

He said no plan has been finalized about the prime minister’s visit and the necessary decisions will be taken after a common session of Pakistan’s National Assembly and Senate.

He stressed that the government in Islamabad is trying to find a political and peaceful solution for Yemen problem to prevent the deepening of disunity in the Islamic Ummah.