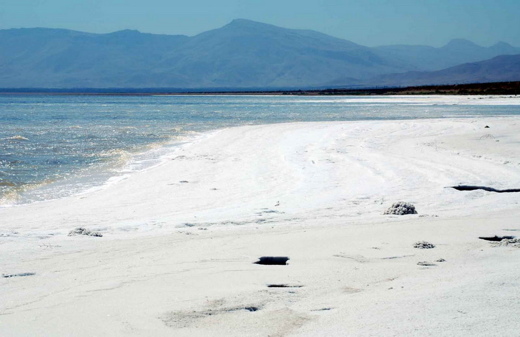 Lake Orumiyeh, one of the largest salt lakes in the world, has been ravaged by severe droughts in recent years; 90 percent of its surface area has dried up.

On January 6, Ebtekar, a daily, quoted an environment expert in charge of natural habitats at West Azerbaijan Environment Protection Department as saying that Lake Orumiyeh is no longer shrinking. The following is an excerpt of what Hojat Jabari, had to say about the largest lake in the Middle East:

Measured over the past 15 months, at its deepest point the water does not go beyond four meters, a drastic drop in comparison with 15 meters in the years before the lake was gripped by the crisis.

Lake Orumiyeh, one of the largest salt lakes in the world, has been ravaged by severe droughts over the recent years. Some 90 percent of the surface area of this beautiful huge lake which used to be as vast as 5,700 km² has dried up and approximately as little as two billion cubic meters of water is left in it.