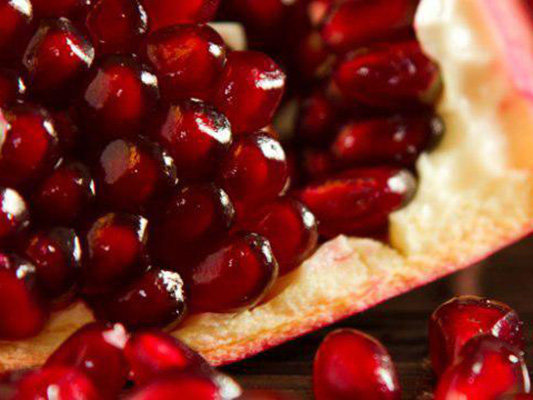 South Korea was the biggest customer of Iranian pomegranate. Other export destinations include Germany, the UK, the UAE, Ukraine, Sweden, Switzerland and the Netherlands, the Islamic Republic of Iran Customs Administration’s data shows.

According to Abolqasem Hassanpour, an official with the Ministry of Agriculture, more than 1 million tons of pomegranates are expected to be produced in Iran during the current Iranian year (ending March 20, 2017) from 94,000 hectares of orchards allocated for the cultivation of the fruit across the country.

“Domestic demand stands at over 900,000 tons per year and the remaining 100,000 tons will be exported to Europe, the Persian Gulf littoral states and Russia,” he was quoted as saying by Financial Tribune.

Hassanpour noted that 3 million tons of pomegranates are cultivated across the world every year and Iran is the world’s biggest producer of the fruit followed by India, China, Turkey and the United States.

The cities of Saveh, Yazd and Shiraz as well as Mazandaran Province are the main producers of pomegranates in Iran.