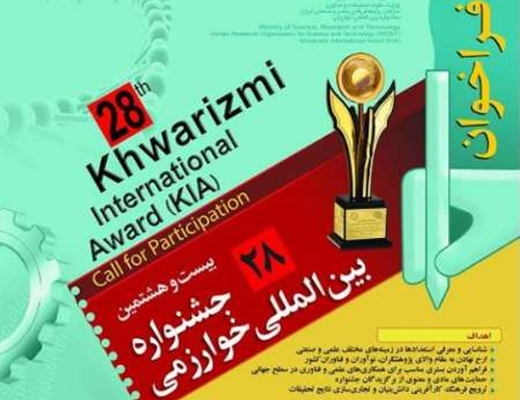 President Rouhani presented the awards to national and international researchers at the 28th Kharazmi International Award.

Director of the Atomic Energy Organization of Iran Ali Akbar Salehi and Prof. Fu-Tong Liu from Taiwan were among winners of a 28th edition of Kharazmi International Award named on March 3.

During the closing ceremony of the Kharazmi International Award which took place on Tuesday, the jury selected seven accomplished foreign researchers as winners of the prestigious award. The winners were awarded by President Hassan Rouhani.

Prof. Fu-Tong Liu for his research on the role of galectins in health and disease; Prof. Claudio Hetz from Chile for targeting protein homeostasis to treat neurodegenerative diseases; and Prof. Andreas Manz from Switzerland for lab on a chip technology for use in analytical chemistry and applied biosciences were the foreign winners.

In the national section, the winners included Dr. Homayoun Kanouni for his studies on cold tolerance on chickpea and nuclear chief Ali Akbar Salehi for his endeavors to launch a nuclear plant to produce radiopharmaceuticals.

In 1987, the leading Iranian Research Organization for Science and Technology (IROST) decided to launch an award to acknowledge the outstanding achievements in the field of science and technology.

During a fifth edition of the festival a foreign section was also launched.