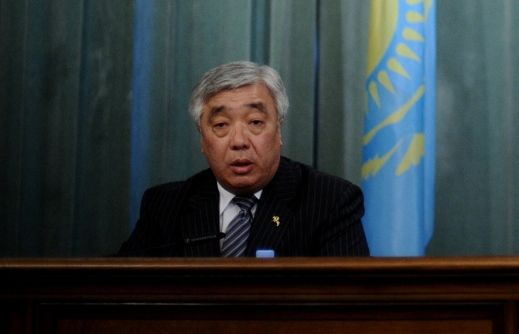 Kazakhstan has voiced readiness to host the next round of nuclear talks between Iran and P5+1, according to a joint statement issued after US-Kazakh talks.

Kazakhstan is ready to host the next round of talks between Iran and six world powers over Tehran’s peaceful nuclear problem, said a joint statement issued after US-Kazakh talks on partnership.

“Kazakhstan said the country was ready to host P5+1-Iran talks,” the document noted. Kazakhstan urges these negotiators to keep working “in constructive way to attain a comprehensive accord in 2015,” the statement said.

Iran and 5+1 (Russia, China, the US, Britain, France and Germany) wrapped up seven days of intensive nuclear talks in Vienna on November 24 without securing a long-awaited comprehensive deal.

The latest round of negotiations was held ahead of the November 24 deadline.

The Geneva deal (the Joint Plan of Action) came into effect in January and expired in July, when the parties decided to extend negotiations until November 24 in the hope of clinching a final deal that would end a decade of impasse over Tehran’s peaceful nuclear energy program.