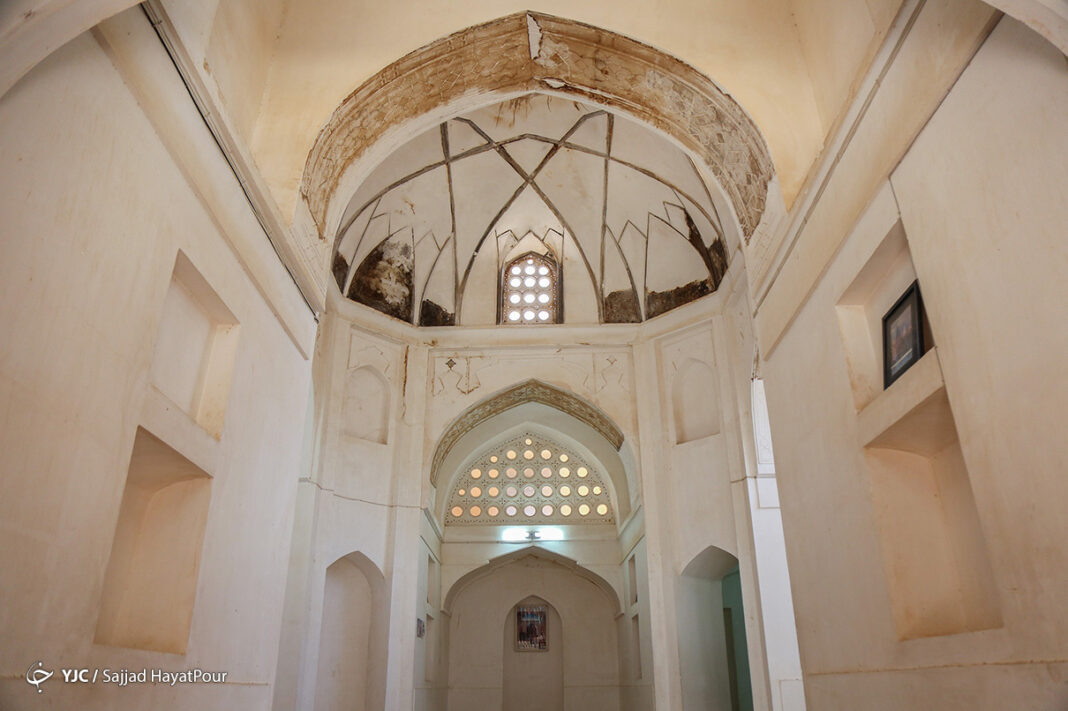 The town of Kahak in Iran’s north-central Qom province boasts picturesque scenery as well as historical monuments much revered by Iranians.

Nestled in the heart of the desert, Kahak is a summer resort which used to be the residence of renowned Islamic philosopher and sage Molla Sadra Shirazi.

As he was harassed by bigots, the philosopher quit his studies in the city of Shiraz and spent 15 years on retreat in Kahak, praying and meditating all along.

The most important historical attraction of Kahak is Molla Sadra Shirazi’s home left behind from the Safavid era. The building is located in a garden and has a high, dome-shaped ceiling. The top of the dome is made of coloured glass, which let sunlight in.

The basic design of the building is shaped as a hall the four corners of which are surrounded by small rooms and chambers. The building is decorated with stucco and plaster lattice frames on lightwells.

Among the tourist attractions of Kahak is an ancient mill used to produce grape juice or vegetable oil by crushing oil seeds such as ricinus, sesame and the like.

The mill is a one-floor building with a dome-shaped space as well as thick, mud-brick walls.
There is another ancient building which was used to make halva, a traditional Iranian confection.

Roughly in the middle of this building one can see a treadmill which was used to crush seeds such as sesame to produce halva.

What follows are YJC‘s photos of Kahak: