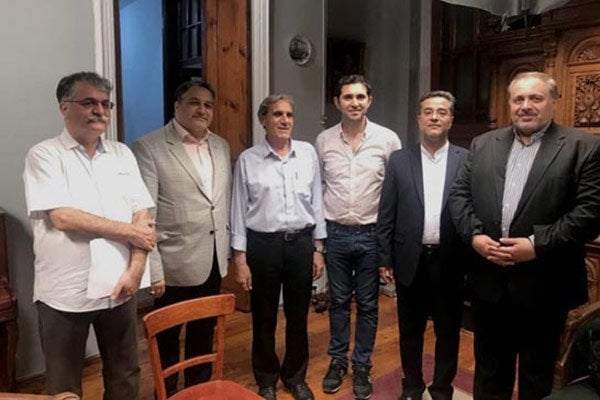 Alireza Tabesh, the managing director of Iran’s Farabi Cinema Foundation, says the film ‘High Voltage’ which is being jointly produced by Iran and Azerbaijan Republic can open a new chapter in bilateral ties between the two neighbours.

Tabesh, who has travelled to Baku along with Iranian Minister of Culture and Islamic Guidance Seyyed Abbas Salehi, visited the backstage of “High Voltage” feature film, which is being filmed in the historical city of Baku.

During the Tuesday visit, Tabesh referred to cinema as a bridge that can connect Iran to Azerbaijan, and said he is happy to see the “High Voltage” project has been kicked off.

“Today, with the beginning of the production of ‘High Voltage’ feature, relations between Iran and Azerbaijan entered a new chapter,” he added.

In turn, the film’s producer Amir-Shahab Razavian welcomed his guests and said, “This film will be shot in Baku and the Iranian Azeri-speaking cities of Meshkinshahr and Ardabil.”

“Our main goal is to make most of the film in Azeri-speaking cities, and then Tehran and other cities and towns of the country.”

“Considering the reasonable budget of the film, it is possible to return this amount and even make profit from it. In addition, we are aiming for the Turkish market, and have had talks with Turkish distributors.”