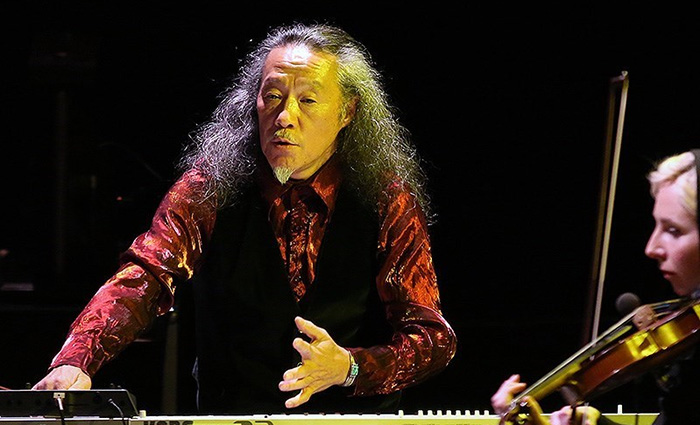 Well-known Japanese musician Kitaro has offered his condolences to the people of Iran on the Plasco Building tragedy.

Kitaro who held a concert in Tehran in October 2014, sympathized with Iranians in an email to Ali Cheraghali, his concert organizer in Iran, Mehr News Agency reported.

Written by Kitaro and Eiichi Naito, president of Domo Music Group which collaborates with him, the email is addressed to the friends and families of all those who lost their lives in the incident on January 19. “We would like to express our thoughts and heartfelt condolences to those lost in the tragic events at the Plasco 17-story building in Tehran”.

“To all the brave firefighters and heroes who lost their lives and to all their family members, we send our condolences. Our thoughts are with you on this sad occasion,” the message said.

Born as Masanori Takahashi, Kitaro, 64, is a Japanese recording artist, composer, record producer and arranger noted for his electronic-instrumental music, and is regarded as one of the most prominent musicians of New-age music.

In his first visit to Iran in 2014, he had four performances on four consecutive nights in Tehran which were warmly welcomed by the audience.

Plasco high rise, a commercial building with 600 units and several clothing workshops in downtown Tehran collapsed on January 19, in which 20 people, including 16 firemen, lost their lives and 80 were injured.