‘Japan Needs to Calm US-Iran Tensions to Protect Its Economy’ 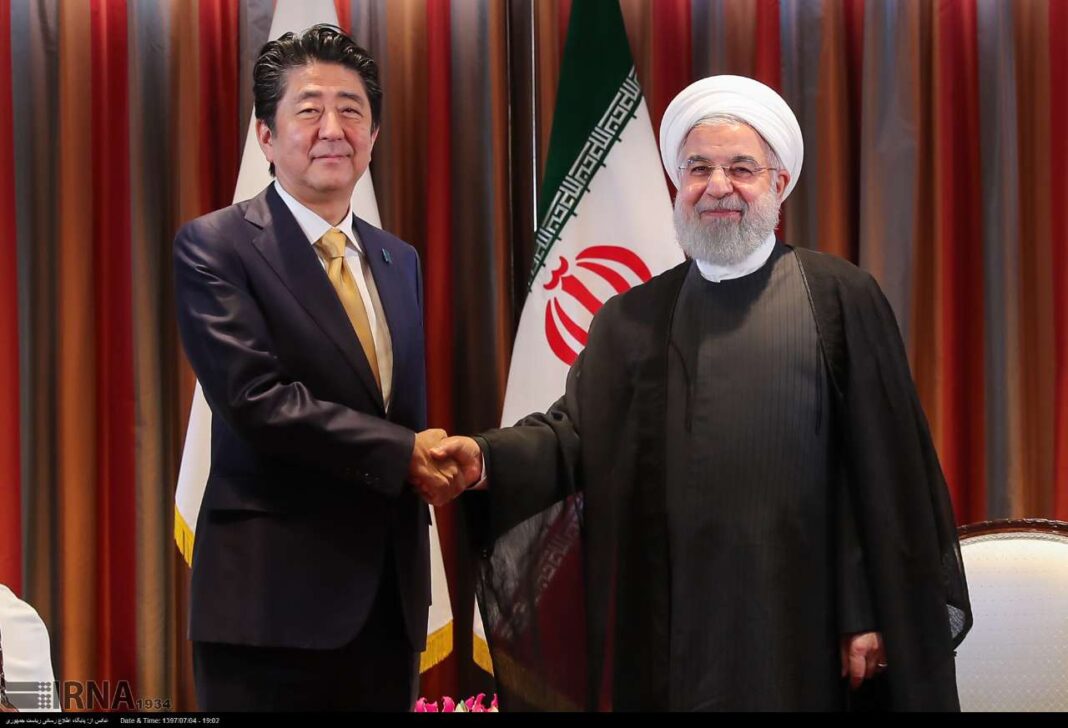 Japanese Prime Minister Shinzo Abe’s upcoming visit to Tehran with the aim of calming tensions between Iran and the US is far beyond just a political stride for Tokyo as the East Asian economic power has a lot at stake in the Persian Gulf region, a senior Iranian analyst says.

Reza Nasri told IRNA that the most important message Abe could take back to US President Donald Trump is that great civilizations are not just bound by economic and financial issues when interacting with other governments and there are far more important things to consider such as dignity, sovereignty, historic memory and experience, security and the fate of future generations.

“Conveying this message to the American political system is probably the most important thing the Japanese prime minister can do” when he arrives in Tehran next week, he said.

He argued that Washington has asked Abe to visit Iran and take on a mediatory role because all of its plans to form a “new counter-proliferation coalition” against Tehran to ramp up pressure on the country had failed and there was simply no other option but dialogue.

A year later, however, and after the re-imposition of tough sanctions against the country and constant threats of war, Washington is forced to form a “coalition of mediating countries” that would convince Iran to agree to talks instead, Nasri said.

There is also the fact that Trump has failed to score any big foreign policy achievements despite trying to engage with North Korea and Venezuela or force trade deals on Mexico, Canada, South Korea and even Japan.

That is why the American head of state needs a last-minute deal with Iran to boast about ahead of the 2020 US presidential election, when it matters the most, the analyst said.

Nasri said Iran’s ability to score major victories in the region in spite of America’s “extreme pressure” and “economic terrorism” campaigns had raised doubt in Washington about the possibility of defeating Iran.

Together, the four officials thought they could use their influence and force Iran into a corner but what happened in the reality was the exact opposite.

Nasri argued that Japan, which has always tried to maintain a moderate approach towards Middle East issues, feels that Iran has lost faith in Europe’s ability to address its demands in the face of US aggression and therefore the situation is ripe for a new player to foray into the issue and help both sides out of the deadlock.

After all, Japan neither aligns itself with America’s hostile policies against Iran and nor has the geopolitical interests that affects the behavior of the regional countries.

However, that is not the only aspect to this trip as Abe is looking to protect Japan’s own interests as well, the analyst charges.

Nasri says Japan relies on the Persian Gulf for over 80 percent of its energy and any interruption in the flow would greatly affect the country’s economy.

Therefore the trip is not just politically motivated or a strategic measure by Abe to elevate Japan’s standing on the international scene, he asserted.

Japan announced that Abe will leave for Tehran on June 12. Beside President Hassan Rouhani, he is also expected to hold a meeting with Leader of the Islamic Revolution Ayatollah Seyyed Ali Khamenei.

Japanese Foreign Minister Taro Kono is expected to head to Tehran earlier in order to meet with Zarif and set the schedule for Abe’s historical visit, which is a first by a Japanese premier since the 1979 Islamic Revolution in Iran.