Governor of Central Bank of Iran says after China, South Korea, India and Turkey, Japan has begun the process of importing oil from the Islamic Republic.

Abdolnaser Hemmati wrote on his page on Sunday that “the new oil revenue will gradually enter the business cycle alongside tens of billions of dollars of active central bank resources at foreign banks to strongly support the country’s trade.”

“Our country’s non-oil exports would also be assisting the import process of the country with the agreements that exporters sign with the central bank,” added Hemmati. 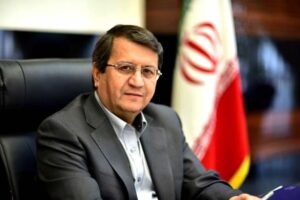 “In the past, I told that there are very good reserves of currency in the form of bills to meet the real needs of the people.”

“Of course, there are many factors inside and outside [of the country] that show they are disappointed and want to influence the market by negative impulses,” underlined Hemmati.

Iran’s oil exports decreased after Donald Trump withdrew from Iran’s nuclear deal in May 2018 and re-imposed sanctions on Tehran.