Jabalieh Dome; An Ancient Stone Building Made with Camel Milk 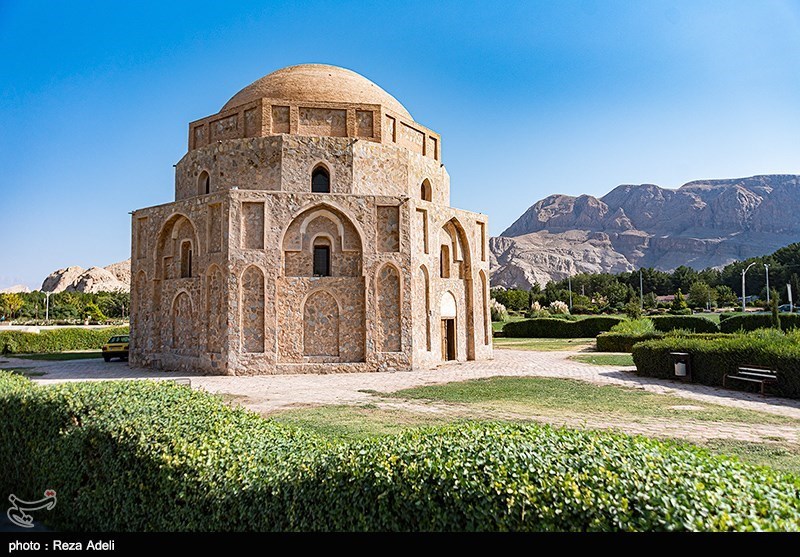 Jabalieh Dome is a spectacular octagonal stone building in Kerman province, southeast of Iran, built in the second century BCE.

The dome, a place of historical importance in Iran, has been constructed of stone and brick, though the building is of stone and gypsum, and its architectural affects have been inspired from the Sassanid period.

The dome, which is one of the most spectacular ones in Kerman, has survived without any fence around it. Some scholars say Jabalieh was built as an observatory, but others believe the dome was an important tomb.

Some European scholars say this dome belongs to the Seljuks, but it is mostly believed that it was built in the second century BCE.

It is of octagonal design and comprises three floors crowned by a rather flat dome, totally empty inside. It may have been a Zoroastrian building, and is remarkable because of being constructed of stone rather than the more common brick.

It is also said that camel milk was used instead of water in its construction, which historians see as the reason for its strength.

This octagonal building has eight doors that are located on each side. In order to strengthen the building, they have already covered seven doors with stones and kept only one door open.

The roof of the dome has been made of bricks and the inside of the building includes beautiful reliefs. But unfortunately, most of these reliefs have been destroyed.

The materials used in the walls are with a rubble trench foundation and gypsum mortar from the outside and lime from the inside.

Much of the building’s surroundings have been planted to create an artificial forest. Most of the trees are cedar and pine and have created a forest called Qaem, which is one of Kerman’s resorts.

Within this historical dome, there is a valuable inscription called the inscription of the mosque Abder Ashkan. It is one of the oldest inscriptions in this place, belonging to a mosque in the northern part of the city (Ashkan). The inscription is carved on a piece of natural stone in Kufic script.

The smallest tombstone discovered in Kerman province is also kept in here. The stone was discovered and handed over to the Kerman Province Cultural Heritage Department in 1998. With a size of 26 × 22, it is composed of two important parts. One of the sections is margins, and the other one is the middle text. These writings are the Quranic verses. In this dome, more than 120 pieces of stone carvings discovered that relate to different historical periods.

Among the tombstones found there exists Mirza Aqa Khan’s tombstone. He was the son of Mirza Ahmad Ali Khan Vaziri, is historian of Kermani origin. According to contemporary historian Dr Bastani Parizi, he collaborated with his father in the compilation of the Kerman History Book.

Kerman is one of the hottest cities in Iran. It is located in southern Iran. In general, the best time to travel to Kerman is from early May to late June and from early September to early October.

What follows are Tasnim News Agency’s photos of Jabalieh dome: