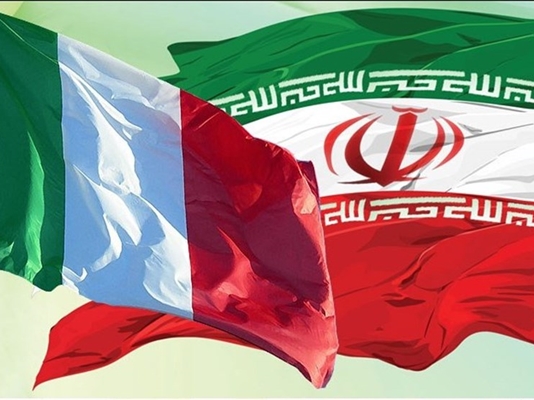 Dozens of Italian businesspeople and entrepreneurs on Thursday attended a business meeting of Iran-Italy Joint Chamber of Commerce and the General Confederation of Italian Industry in the Italian capital of Rome, and were briefed on business opportunities in Iran.

Addressing the meeting, Chairman of Iran-Italy Joint Chamber of Commerce Rosario Alessandro highlighted the history of Tehran-Rome commercial relations, and hailed the 5-billion-euro trade between the two states, which has turned Italy into Iran’s biggest trade partner in Europe.

He also expressed the hope that his country would be able to maintain its position.

“Italian companies enjoy good grounds for working in Iran, and economic relations between the two sides can be maintained and promoted once certain problems are resolved,” he noted.

Zarif, in turn, underlined the deep historical and cultural relations between the two countries, and said, “One of goals of the Iran nuclear deal was to normalize business relations with Iran, but now we’re faced with the bullying behaviour of the Trump administration, which creates obstacles for other countries of the world.”

He also noted that there are many ways for cooperation between companies of the two countries, which are being paved by the European Union or through bilateral collaborations.

Zarif highlighted the significant role played by the Iranian people as the country’s only asset and backing, and said, “We did not negotiate [to achieve] the Joint Comprehensive Plan of Action to end up looking for pretexts to leave it.”

“However, if Iranian people feel other parties to the JCPOA do not want or are not able to secure their interests, that will be the basis of our decision. We’ll have different options,” he noted.

At the end of the meeting, managers of several Italian companies expressed their views and asked questions, to which the Iranian top diplomat responded.