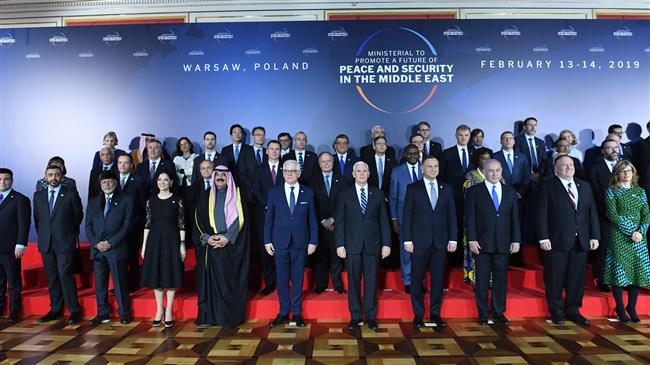 Media reports say Israel will send a delegation to an upcoming anti-Iran conference in Manama, co-hosted by Bahrain, the United States and Poland.

A source in Bahrain told The Times of Israel online newspaper on Sunday that a senior Israeli foreign ministry official working on regional security and counter-terrorism will take part at the Working Group on Maritime and Aviation Security in Manama on October 21-22.

Israel’s foreign ministry has not denied sending a representative to Manama, Channel 13 reported, confirming that Tel Aviv will participate “in the post-Warsaw process.”

The so-called Warsaw process started with the February 13-14 anti-Iran conference in the Polish capital, co-sponsored by Poland and the US. At the time, Tehran denounced the summit as a “desperate circus” disgracing its participants.

Western officials told the Israeli TV channel that the Bahrain conference is an initiative pushed by the administration of US President Donald Trump.

Starting on Monday, the Manama summit is set to purportedly discuss the protection of vessels in the Persian Gulf from alleged “Iranian attacks,” the prevention of weapons smuggling and the protection of civil aviation.

On July 31, Bahrain where the US Fifth Fleet is based hosted a conference on “maritime security” in the Persian Gulf, after a number of mysterious attacks in the strategic waters, which Washington has blamed on Iran, without offering any credible evidence.

Iran has blasted Bahrain for hosting “suspicious and provocative meetings,” calling on the regime in Manama to stop acting as “a facilitator of enemy plots” in the region.

Israel has full diplomatic ties with only two Arab states, Egypt and Jordan, but recent reports suggest Tel Aviv has been working behind the scenes to establish formal contacts with other Arab countries such as Bahrain.

In July, Israeli and Bahraini foreign ministers Israel Katz and Khalid bin Ahmed Al Khalifah met for a brief chat on Iran in Washington and the two posed for a rare photograph.