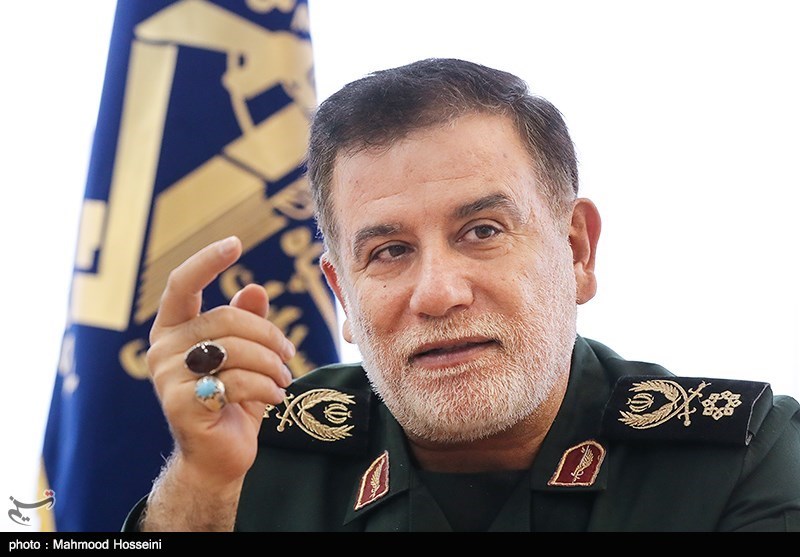 The Zionist regime of Israel has been surrounded by the Islamic Republic from all directions, a ranking commander of the Islamic Revolution Guards Corps (IRGC) said, warning Israel that it will be signing its own death warrant by taking any action against Iran.

In an interview with Tasnim, IRGC deputy commander for operations, Brigadier General Abbas Nilforooshan, said the Zionist regime is too weak to be considered a threat against a powerful establishment such as the Islamic Republic “which has surrounded it from the east, west, north and south.”

The Zionist regime is making last-ditch efforts to survive, as the signs of its downfall have become obvious, the general added, warning the Zionist leaders that the tiniest mistake would send “the wreckages of Tel Aviv into the Mediterranean Sea” in such a way that nothing would be left from Israel.

He said the Israeli regime is incapable of entering a full-blown war, adding that Israel lacks a “strategic depth” because its population has been hired from around the world.

Nilforooshan argued that the ethnic, cultural and political divisions within the Zionist regime are so deep that a new rift over a war will push Israel to the brink of collapse.

The commander stressed that any wrong move to start a war would have the whole region entangled in a war and ignite a fire that would first burn away the aggressors.

“We do not intend to begin a war, but have prepared ourselves for any confrontation and war. If the aggressors start a war, we will enter this battlefield, because we believe the theater of such war will be so broad,” the IRGC general warned.

In remarks in December 2016, Leader of the Islamic Revolution Ayatollah Seyed Ali Khamenei expressed high optimism that the Israeli regime will perish within years.