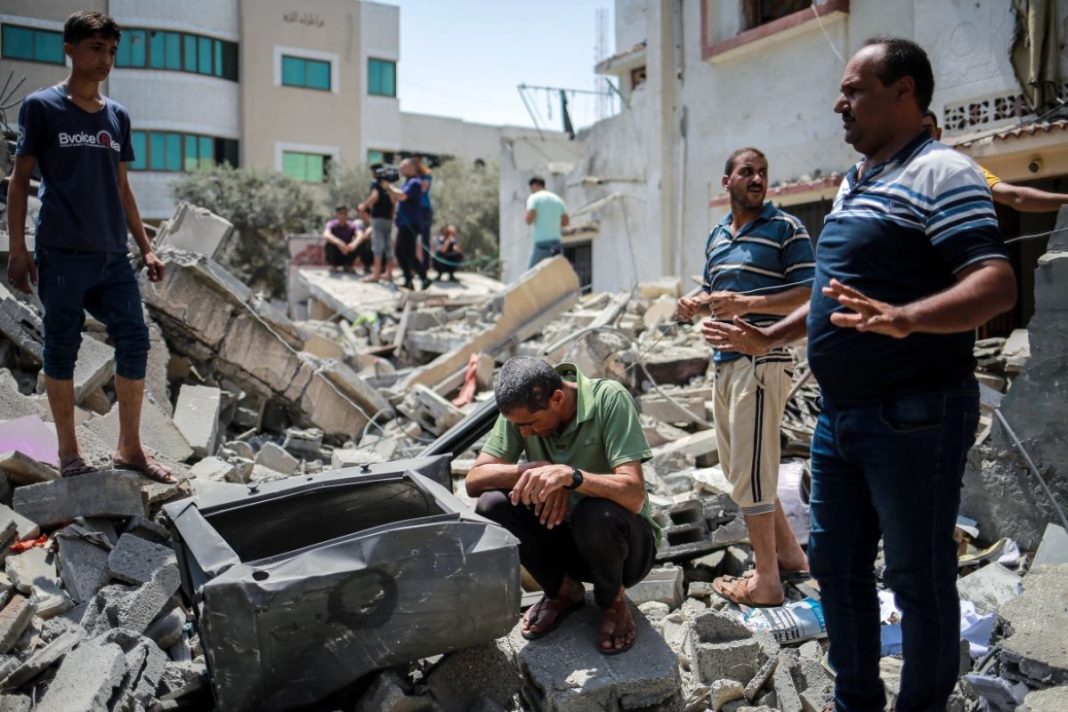 The Israeli military kills a second commander of the Gaza-based Islamic Jihad resistance movement as the death toll from the regime’s escalating acts of aggression against the blockaded territory surpasses 30, including children.

Late on Saturday, Khaled Mansour lost his life in an Israeli strike on the southern Gaza city of Rafah, a day after a similar raid killed another Islamic Jihad commander in the north, which triggered a new flare-up of fighting.

The Al-Quds Brigades of Islamic Jihad confirmed the martyrdom of Mansour and two fellow Islamic Jihad members, warning that the crime will only fan the flames of the Palestinian defense campaign against the occupation.

Meanwhile, the health ministry in Gaza said 32 Palestinians, including six kids, have so far been killed since Israel unleashed a new wave of airstrike on the besieged enclave on Friday. More than 215 others were injured.

In retaliation, Palestinian resistance fighters fired a barrage of missiles and rockets into the Israeli-occupied territories, triggering air raid sirens there.

Citing Israeli media, Al Mayadeen reported that over 580 missiles have been fired from Gaza since Friday.

An Israeli settler was also reported dead in a small plane crash north of the Israeli-occupied territories amid the Palestinian rocket fire.

In the wake of the escalation, Iranian Foreign Minister Hossein Amir Abdollahian wrote letters to the global Muslim organizations and other international bodies, holding the “apartheid” Israeli regime responsible for the repercussions of the new wave of tensions.

He expressed Iran’s gave concerns over the ongoing crimes in Gaza in the letters to foreign ministers of Islamic countries, the UN secretary-general, the head of the non-aligned movement, and the secretary-generals of the Organization of Islamic Cooperation and the African Union.

The chief diplomat condemned the Israeli crimes, which he said are being perpetrated amid the silence of the global community.

He urged the UN Security Council to shoulder its responsibility to condemn the Israeli atrocities, saying it is a “legitimate and natural right” of the Palestinian people to defend themselves.