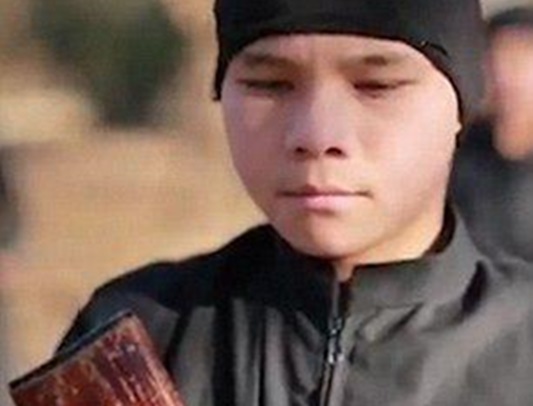 The ISIS terrorists coming from China’s Uighur has vowed to return home and shed rivers of blood in the terror group's first video to target the country.

The 30-minute clip was released on Monday by a branch in Iraq and features a man being executed in the presence of a child as well as claiming to show the life of Chinese terrorists based in the Middle East.

Young boys are seen practicing martial arts and assembling assault rifles in the video, which threatens bloodshed in the biggest country in the world.

The video shows groups of youngsters understood to be Uighur militants from China’s Xinjiang province sitting and listening to preachers as well as issuing threats.

It was released by a division of the ISIS group in western Iraq and featuring militants from China’s Uighur ethnic group, said the US-based SITE Intelligence Group, which analysed the footage.

In the video, a Uighur fighter issued the threat against China just before executing an alleged informant.

‘Oh, you Chinese who do not understand what people say, Daily Mail reported.

‘We are the soldiers of the Caliphate, and we will come to you to clarify to you with the tongues of our weapons, to shed blood like rivers and avenging the oppressed,’ according to SITE’s translation.