ISIL poses a threat to Iran in the long run 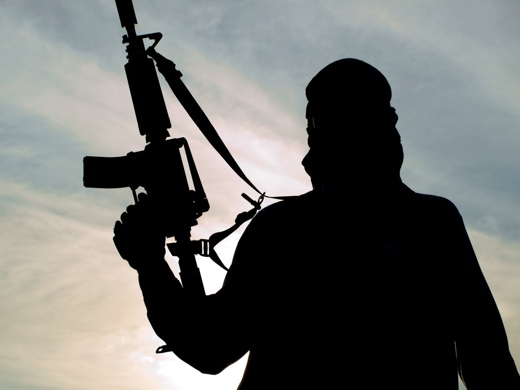 A US-based Iranian lecturer has disputed the functionality of Iran’s policies on Saudi Arabia, saying that Tehran needs to adopt a better strategy in dealing with Riyadh.

A US-based Iranian professor has said that the Islamic State of Iraq and the Levant (ISIL) poses a serious threat to Iran in the long run.

Nader Entessar, who is a professor in and the chair of the Department of Political Science and Criminal Justice at the University of South Alabama, made the comment in an interview with Mosalas, a weekly Iranian news magazine. The following is a partial translation of excerpts of his remarks in the interview which came out in late May:

Tehran seems to lack a long-term, comprehensive plan to take on ISIL. It needs to take the movements of the terrorist grouping along its eastern and western borders seriously and develop a long-term defense strategy to deal with the terrorists.

Saudi Arabia has adopted an aggressive foreign policy in the region. In recent years, Riyadh has treaded lightly – both on domestic and foreign policy fronts – but the kingdom seems to be experiencing big changes thanks to the rise to power of a new king and the current conditions in the region. One such change is the spread of local conflicts which will also have an impact on Iran’s security.

Iran’s current policy in dealing with Saudi Arabia does not work properly. Riyadh is trying to take insecurity to within Iranian borders. The closer Iran gets to clinching a nuclear deal with P5+1, the more the Saudis show [high-risk behavior and] adventurism.

What Riyadh is seeking is an Iran isolated forever. Now it is hard to predict what Saudi Arabia will do next. If Saudi Arabia gets caught in the quagmire of Yemen, it will suffer huge setbacks, something which will eventually serve Iran’s interests.

If Riyadh achieves its goals in Yemen [helping President Abed Rabbo Mansour Hadi who fled the country in March return to Yemen; cracking down on and eliminating the Houthis; and establishing a federal system in Yemen with two main regions: north and south with the two regions enjoying the right to self-determination but remaining under the Saudi influence], the Saudis will get emboldened. What unfolds in the future will determine the approach Iran has to adopt to properly deal with the kingdom.

There is an outside chance for Iran and Saudi Arabia to get engaged in war. The Riyadh government lacks the needed combat experience and this [Saudi weakness] is clearly evident in its airstrikes against Yemen.

That’s why Riyadh is seeking to align itself with powerful allies such as the US, but the fact remains that the United State under President Barack Obama is not seeking to fuel insecurity in Iran. Obama’s tenure comes to an end in one and a half years’ time [and the next president will have his or her own policies]. If a Republican wins the race for the White House, the change in US policies on Iran will be far from predictable.

The role the Israeli regime plays in the developments against Iran squarely hinges on the policies the White House adopts on Iran. The Israeli government lacks the guts to go it alone and attack Iran.

The future of nuclear talks between Iran and P5+1 looks bright if Tehran accepts the Additional Protocol [of the Nuclear Non-Proliferation Treaty (NPT)]. The two sides seem to be going to ink a nuclear deal, but the comprehensiveness of the possible agreement remains uncertain. […]

In other words, the deal will determine the commitments of the parties to the talks, but the two sides seem likely to need to continue the talks.