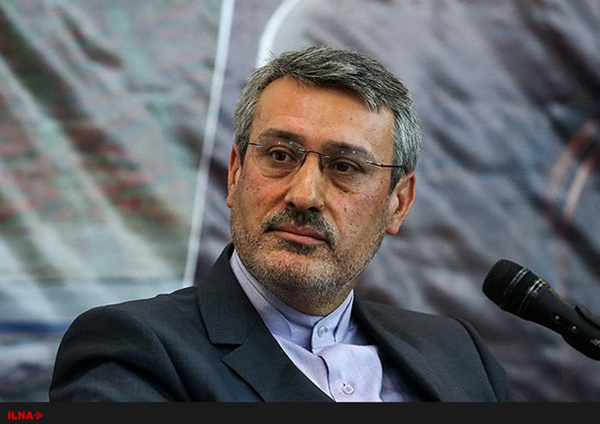 A senior Iranian diplomat says the extension of the Iran Sanctions Act (ISA) does not necessarily mean that the US government has violated its Joint Comprehensive Plan of Action (JCPOA) commitments towards Iran yet.

According to a Farsi report published by Vaghaye Ettefaqiyeh newspaper, Hamid Baeidinejad, a member of Iran’s nuclear negotiating team, says the US Congress’ recent extension of the anti-Iran legislation does not necessarily mean that the US government has reneged on the promises not to level new sanctions on Tehran’s nuclear program.

The diplomat, who has been recently appointed as Iran’s Ambassador to London, posted a note on his Instagram page about the recent speculations by some Iranian media outlets that new sanctions are going to be imposed on Iran in what would be a violation of JCPOA text if the US president signs off the extension of ISA.

“It is right that the ISA, due to be signed off by US president, will be extended for another 10 years, but snapping back the sanctions stipulated in JCPOA and suspended thereof will need a separate decision the by US administration, in which case, it would be an outright violation of JCPOA. The reason is that the nuclear deal has suspended articles of the ISA under its Article VI and in the Appendices 9, 10 and 12,” he said in his post.

Violation of JCPOA can only take place when the sanctions stipulated by the ISA are implemented, he added.

The US Congress voted recently in favour of extending the US president’s authority to potentially impose sanctions on US entities that do business with Iran.

Baeidinejad further said the US House of Representative and the Senate’s move to extend the ISA did in fact raise sensitivities inside Iran, especially after the White House announced that Obama would sign off the extension.