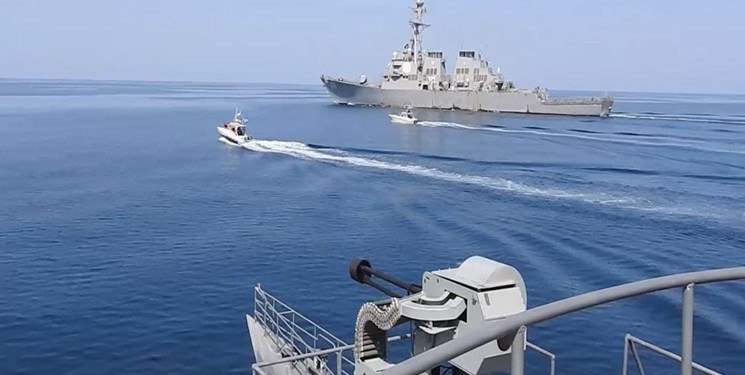 Earlier reports said the United States Navy had stopped an Iranian vessel off the Sea of Oman and transferred its oil cargo to another tanker.

The released footage shows Iranian speedboats and naval forces being heliborne and landing on the deck of the oil tanker that was carrying seized Iranian oil to an unknown destination.

The US forces attempted to seize the tanker but the IRGC’s NAVY secured it.

Then US warships started chasing the tanker, using helicopters and warships, but all their attempts to block the tanker’s path or seize it failed.

The IRGC successfully steered the ship to Iran’s territorial waters and it later docked in Bandar Abbas port on October 25th.

The US has a long history of harassing Iranian ships in the Persian Gulf and the Sea of Oman.