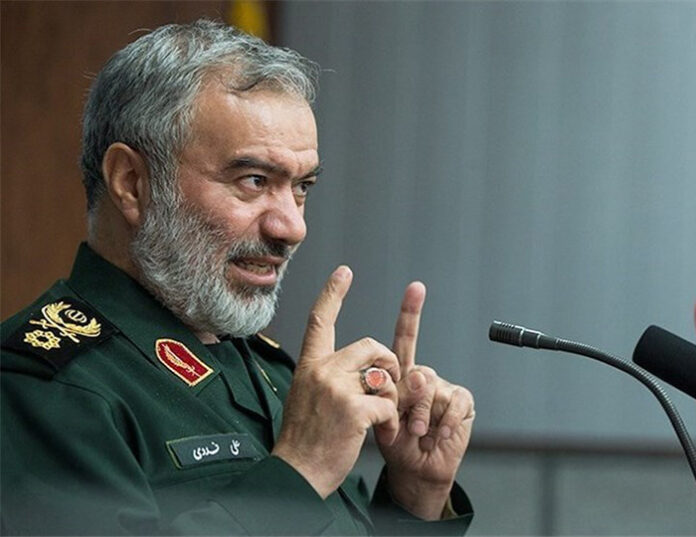 A senior Iranian military official says the United States should be awaiting severe revenge for the assassination of top Iranian commander Qassem Soleimani.

“The Americans should be waiting for that severe revenge; that vengeance is not to be taken by Iran only. …The great resistance front covering a vast geographical area stands ready to take revenge, and that is sure to happen,” said the top commander.

“They resorted to such means as diplomacy this morning [Friday] and even told us ‘if you want to take revenge, do it in a way that’s proportional to what we did; but they cannot decide anything [for us],” he added.

“That will take place at the most opportune time and in the best manner possible,” he added.

General Fadavi underlined that all people around the world as well as many countries in the Middle East hate US officials.

“Soon we will see that the Americans will not be there in the region,” he said.

General Fadavi noted that the US has suffered defeats in the Middle East region.

“The Americans, with all their regional and trans-regional allies, suffered defeats in all cases in the West Asia region; these defeats were so big that they seriously began to think of resorting to official terrorists such as ISIS and al-Qaeda,” he noted.