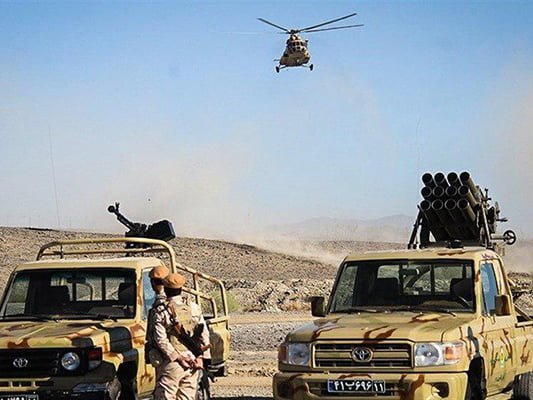 The Islamic Revolution Guards Corps (IRGC) Quds Force has thwarted an attack on a military base in southeastern Iran in an operation during which at least two terrorists were killed.

The Quds forces foiled the terrorist attack on the Saravan military base in Sistan and Baluchestan province.

“The terrorists on a car bomb were on their way to launch an attack on one of the military bases of Saravan region Sunday night before their plan was thwarted by the Quds forces,” a Farsi report by ISNA said.

In a statement, the Quds Forces said a terrorist driving the car was killed by the Quds forces. “Another terrorist died after exploding his explosive belt.”

“At least two Quds forces were also wounded during the operation,” the statement noted.