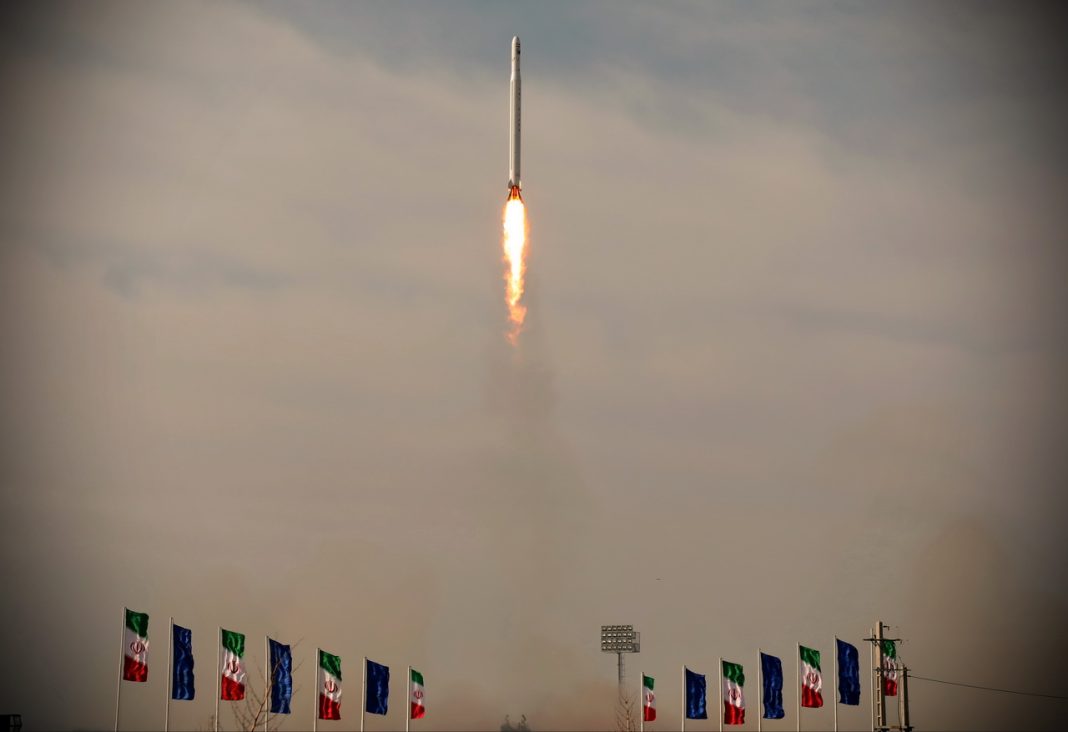 Iran’s Islamic Revolution Guards Corps says the newly-launched Nour 2 satellite was orbited without suffering any damage and is now orbiting the earth at an altitude of 500 kilometers.

The IRGC’s space chief Brigadier General Ali Jafarabadi says Nour 2 is a “more professional and complicated” version of its predecessor and used an upgraded carrier, which enabled the satellite to gain the required speed of 28,000 kilometers for its proper operation.

“The first telemetric signal has been received from the satellite and parameters show it is in good shape,” Jafarabadi said.

The general further explained that Nour 2 is now stabilizing in the orbit, after initial rotational movement which he described as normal.

He said turning on the devices installed on the satellite will begin after the stabilization stage is complete.

Jafarabadi also said the carrier used for the launch had the ability to orbit the satellite at a higher altitude, stressing that the current 500-kilometer altitude and the route of the satellite, which mainly covers the West Asia region and Iran, is picked according to domestic operational needs.

He further explained that Nour 2 is a remote-sensing device, which gathers “general information”, including visual data, used in different fields.

“In the field of defense, [the satellite is used] for identification of individuals and monitoring of movements, and in national terms, its images are used for agricultural purposes, and in natural disasters,” he said.

“In terms of imaging, Nour 2 takes higher quality images, and in electromagnetic terms, it can receive and locate very complicated signals.”

Jafarabadi also talked about Nour 1, which Iran orbited 21 months ago. He said the satellite was expected to operate for one year, but it is still operating at the latitude of 350 kilometers before it leaves its orbit in 7 to 10 months.

The general also explained about Ghased carrier, used to orbit Nour 2. He said the carrier uses a three-stage engine, which will be developed into a fully solid-fueled device in the coming years. He said Iran is also planning to design larger carriers as part of its push to obtain a single standard carrier, that will be used for future missions.

“No country has a specific space territory, because satellites, during their orbiting, pass over all countries, and this is a source of abuse by powers and the world arrogance, which use space for large-scale espionage and command control,” he said.

“We cannot leave this trench empty and we should create our own space power. If we are present in space, we can act on the global scale and access any point on earth, and in the information, communications and cultural fields advance our agenda.”

The general further noted that “going into space is a key necessity before going global”, in reference to the second forty-year step of the Islamic Republic of Iran, toward scientific and other advancements.

“If we are not present in space, and we do not have space power, we cannot defend ourselves against space regulations and increase our bargaining power,” he said.