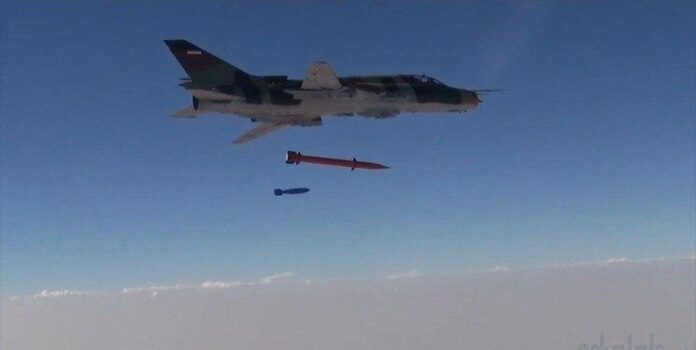 The newly released footage from a visit that Leader of Iran’s Islamic Revolution Ayatollah Seyyed Ali Khamenei had paid to an exhibition of the IRGC Aerospace Force achievements back in May 2014 suggests that the IRGC has furnished its Sukhoi Su-22 warplanes with a new air-to-surface missile.

The IRGC has not provided details of the new missile, but it appears to be an advanced air-launched version of the Fajr-4 guided rocket, Fars News Agency reports.

Fajr-4 is a 333-mm caliber rocket that has been upgraded in the guided versions by getting maneuvering fins. Iran has already manufactured the Fajr-4 and Fajr-4CL versions of the rocket.