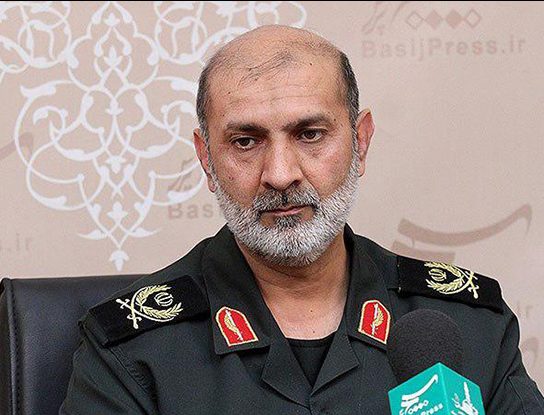 A senior IRGC general has rejected the idea of Iran’s military interference to help Rohingya Muslims in Myanmar similar to what it did for Iraq and Syria, saying the two cases are very different from each other.

“It is a false analogy that some take the IRGC’s presence in Syria and Iraq and its confrontation with the Takfiris as a pretext to raise the question ‘why the Islamic Revolution Guards Corps has not helped the Muslims of Myanmar so far,” Brigadier General Rasoul Sanaei-Rad, the lieutenant commander of IRGC for political affairs, said.

Speaking in a Farsi interview with the Mizan News Agency, he was referring to the questions raised after an official statement by the IRGC to declare its readiness to assist the oppressed people of Myanmar.

“The advisory presence of Iran in Syria and Iraq came after the official request of the governments of these two countries.”

“We should keep in mind that the geographical conditions of Iran and Myanmar are very different from the geographic proximity of Iran to Syria and Iraq,” Sanaei-Rad added.

He further pointed out the similarities between Takfiri groups and criminals in Myanmar, saying that both of them have just chosen a religious cover.

There is no doubt that the Muslim minority in Myanmar is being oppressed by the government and a form of apartheid is being committed against them, he noted.

“However, we should pay attention to the fact that at the present time tensions should not be created between the sects of Islam and Buddhism.”

Brigadier General Sanaei-Rad also noted that Aung San Suu Kyi, who was formerly introduced as a human rights activist and peace-loving figure in the world, is today committing crimes against the Muslims in Myanmar which are very similar to those committed by ISIS Takfiris.

“It seems that at the local level, an economic mafia is involved, and at the international level, some are trying to expand post-ISIS ethnic and religious conflicts from West Asia to the east of the continent to pave the ground for the expansion of colonialism,” he added.