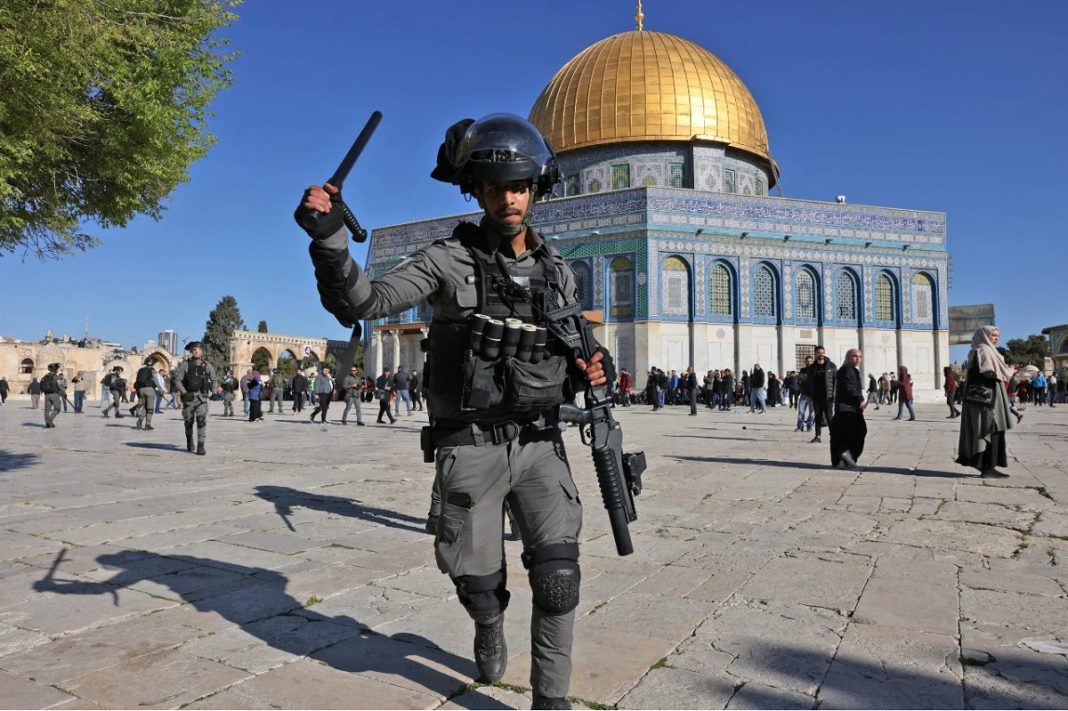 Iran’s Islamic Revolution Guards Corps (IRGC) has in a statement strongly condemned the crimes of the Zionists in al-Aqsa Mosque.

The IRGC statement said a new Intifada (uprising) with the participation of the new generation of Palestinians is a nightmare for the Zionist regime and its regional and extra-regional backers.

The IRGC noted that the atrocities of the Zionists show they are worried about the increasing power of the resistance. It added that the desecration of the religious sanctities of Muslims by the Zionist regime following its raid on al-Aqsa Mosque is doomed to failure and will have no impact on the heroic movement of the Palestinians.

The IRGC added that the deplorable move by some Muslim countries to normalize ties with Israel emboldened the fake and evil regime to defile the Islamic sanctities.

It added that the Palestinian people’s determination to confront the regime will show new aspects of the anti-Zionist resistance to Tel Aviv and its regional and extra-regional allies and this will hasten to collapse of Israel.