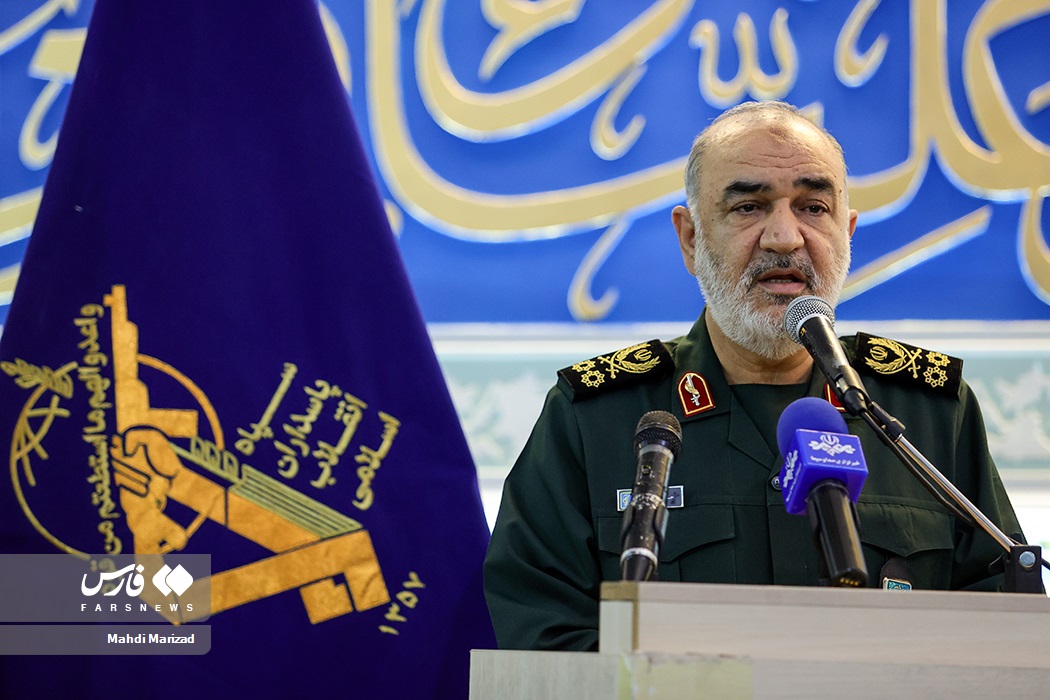 The commander of Iran’s Islamic Revolution Guards Corps says the guards’ ground force is now a strong bulwark of security against the enemies of God and Islam.

Major General Hossein Salami was speaking at the Amir al-Momenin University of the Sciences and Skills of ground Force in Isfahan on Thursday.

He said today no power in the world can invade Iran or even contemplate attacking the country.

Salami underlined the IRGC’s readiness to defend Iran, saying Jihad is a continuous path and as long as the enemy is full of hate and enmity due to its defeats, jihad will continue.

He referred to the localization and mass production of combat and defensive might in Iran by the IRGC, saying this power completely belongs to the Iranian people and is meant to serve them and the realization of the Islamic Revolution’s ideals.

The general described the IRGC as a servant of the people and a thorn in the enemy’s side.

He said the IRGC is a protection shield against disasters, a stronghold and a shelter for the people.

Addressing the Amir al-Momenin University’s students and commanders, Salami said, “You are preparing for possible future wars, and the more equipped and prepared you are, the less likely it is a war will break out.”

Iran has been beefing up its military deterrence in recent years amid continued threats of wars by its adversaries, namely the US and the Zionist regime.