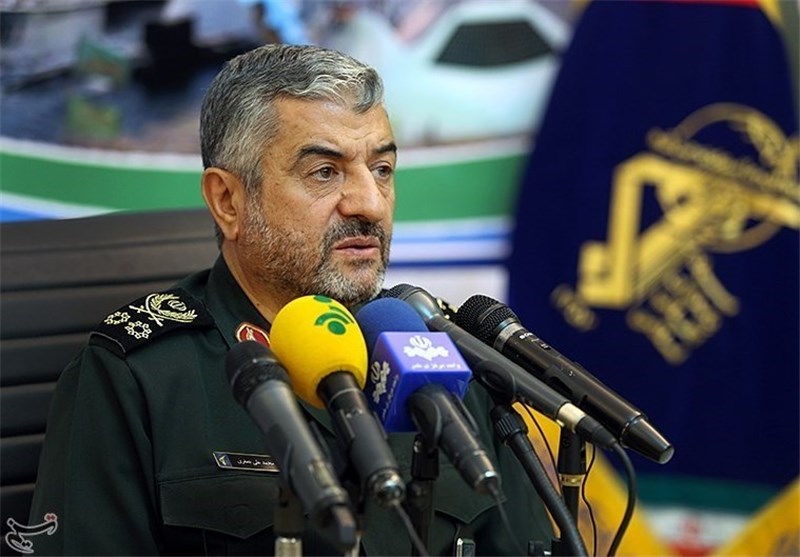 Major General Mohammad Ali Jafari, Commander of the Islamic Revolution Guards Corps (IRGC), said that “so-called Islamic organization have turned to US and Israel’s puppets, and do nothing in reaction to the ongoing regional crises in Yemen, Iraq, Syria, and Bahrain.”

Here’s IFP’s translation of his remarks, as reported by Sepah News.

In an address to a commencement ceremony for graduates of the Imam Hussein (AS) Military Academy in Tehran on Monday May 23, General Jafari slammed certain “reactionary” regimes in the Middle East for furthering the warmongering policies of Washington.

“These corrupt regimes’ lust for power has dragged them into such tragic catastrophes as the attack on the innocent and defenceless people of Yemen, the displacement of the Syrian people, the disruption of political and security systems in Iraq, the arming of Takfiri [extremist] groups, the suppression of helpless Bahrainis, and other situations,” he said in his address to the ceremony, which was also attended by the Leader of the Islamic Revolution, Ayatollah Seyyed Ali Khamenei.

“Unfortunately, despite these circumstances, the international Islamic bodies which should be the shelter of Muslim nations have flagrantly become a tool for supporting US and Israeli interests in the region,” Jafari added.

“The desperate political attempts by these so-called Islamic bodies at the regional level, and the American-Israeli statements issued by them against the unity of Muslim society [Ummah] cannot prevent the continued movement of revolution and Islamic Awakening in the region,” he continued.

“The real statements have been released by the Lebanese Resistance Movement, Hezbollah, the Intifada of oppressed Palestinians, the innocent Yemeni resistance, the unity of the Lebanese people, and the pleas made by the respectable people of Bahrain in the campaign against tyranny.”

“Today, young IRGC members are ready to […] play their revolutionary role in changing the alignment of global power,” Jafari said, expressing his hope that Muslims would soon wake up and realize their wishes and hopes.