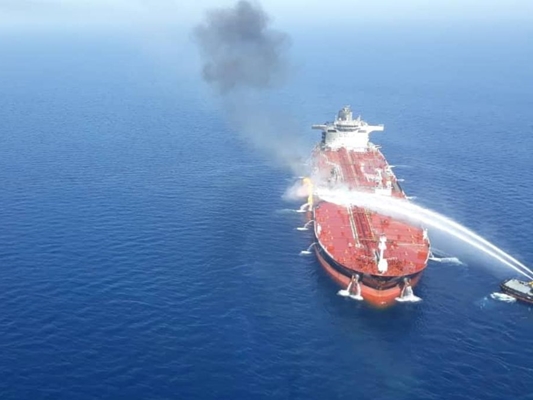 Chief-Commander of the Islamic Revolution Guards Corps (IRGC) Major General Hossein Salami has dismissed the anti-Iran accusations levelled by the US regarding the recent oil tanker attacks in the Sea of Oman, saying that Americans are accustomed to telling such lies.

He said the Americans are not able to make the right decisions politically, and this is the reason for their failure.

“They were supposed to create a submissive political system in Iraq, but what did they accomplish?” he said in a Wednesday interview with the Young Journalists’ Club (YJC).

“Today, they have to come to Iraq at night. Why do they come to the Middle East only at nights? We see the demolition of US politics in West Asia. They are worried and wandering and cannot protect the Zionist regime.”

Two tankers were attacked at the Oman Sea last week. One of them was heading to Taiwan from Qatar and the second was going to Singapore from Saudi Arabia.

Washington has accused Iran of blowing holes in the vessels with mines, but Iran has denied the allegations.