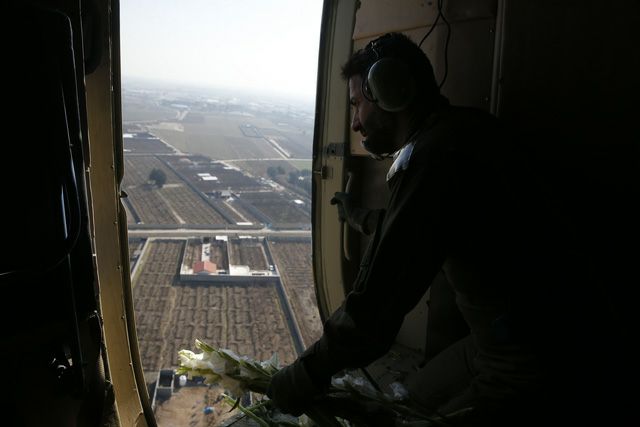 The Islamic Revolution Guards Corps has paid tribute to the victims of a Ukrainian jetliner that went down near Tehran a year ago, blaming the air disaster on the US government’s terrorist-style adventurism.

In a statement on the first anniversary of downing of Ukraine International Airlines Flight 752, the IRGC said the sorrow at the loss of the dear fellow Iranians in the crash is still painful and heartbreaking.

The statement also blamed the bitter incident on the “US’ anti-human adventurism and terrorist measures in the region”, saying the disaster once again revealed the depth of the global arrogance’s hostility towards the Islamic Republic and the Iranian nation and saddened the hearts of the Iranian people.

The downing of the Ukrainian passenger plane occurred after the US adventurism and terrorist crime of assassinating Lt. General Qassem Soleimani, which was followed by Iran’s missile strike on the military base of Ain al-Assad and the consequent war conditions in the region, it added.

Highlighting the IRGC’s selfless devotion and courageous efforts over the past four decades to fight against the arrogant powers, protect Iran’s security and national interests, and safeguard the people’s health and calm, the statement expressed deep regret over the tragic incident, offered sympathy with the families of victims, and emphasized that reports from the expert committees have been reviewed to correct deficiencies and prevent a recurrence of such incidents.

The statement finally pointed the hardship caused by the enemy’s hostility and plots against Iran, saying the IRGC forces are determined to defeat the adversaries and take a “harsh revenge” on them.

The Kiev-bound UIA Boeing 737 crashed shortly after taking off from Tehran on January 8, 2020, killing all 176 people on board, mostly Iranian and Canadian citizens.

Iran said the plane was hit by an anti-aircraft missile due to human error, when the country’s air defense was on maximum alert at a time of heightened tensions following a retaliatory missile strike on a US base in Iraq after the American assassination of top Iranian commander General Soleimani.