Iraqis have not torched Iran’s flag 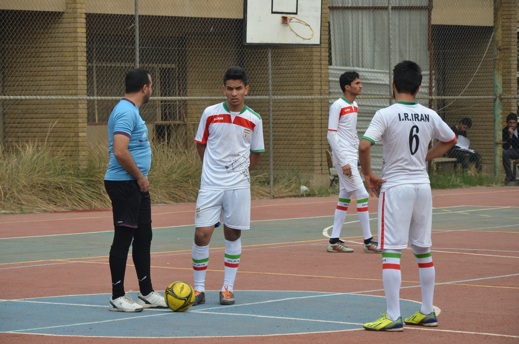 After Iran’s elimination from the 2015 Asian Cup, some tried to capitalize on the hurt feelings of the Iranians and spread rumors that Iran’s flag had been set ablaze in Baghdad.

On February 2, Alef, a news website, posted a report about rumors that some Iraqis have set Iran’s flag on fire in the aftermath of Iran’s elimination from the AFC Asian Cup 2015. The following is a partial translation of the report the website published in reaction to such unsubstantiated rumors:

In their four showdowns at the Asian Cup, Iran’s national soccer squad lined up against teams from the country’s Arabic-speaking neighbors. These countries which have been involved in sporting rivalry with Iran for years have at times scarred the Iranian squad. The biggest such scar came in the form of delight displayed by the Bahrainis – waving the Saudi flag – when Iran failed to qualify for World Cup 2002.

A long history laced with recent political issues and occasional defeats of Iran’s national soccer team on the pitch has prompted Iranian soccer fans to view such showdowns as something beyond a 90-minute encounter. That was why every Iranian was absolutely elated over the wins of Iran in the group stage against Bahrain, Qatar and the UAE. The same mentality made it difficult for the Iranians to get over the defeat of their team at the hands of Iraq in the games.

Of course, the result of the last match was not digestible for the Iranian fans who didn’t expect their men to get a drubbing from the team representing a country which has been wrestling with civil war with a soccer league in disarray. The defeat caused many to sway public emotions through inappropriate analyses.

At the same time as the Asian Cup was underway, the College of Foreign Languages at the University of Baghdad played host to a soccer competition between squads from different language departments. Interestingly, the team which represented the Persian Language Department found their way to the final where they squared off against the German Language Department.

It came as some tried to capitalize on the hurt feelings of the Iranians whose side had failed to stay in the competition and spread rumors that Iran’s flag had been set ablaze in Baghdad.