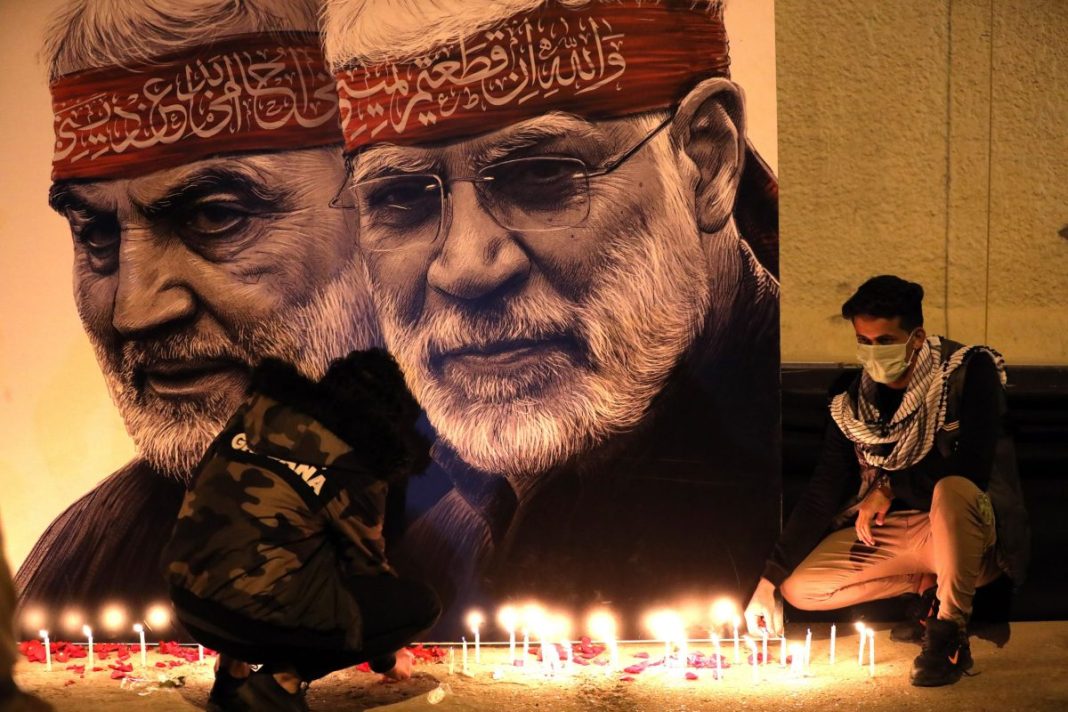 A number of Iraqi citizens have filed a lawsuit against former US President, Donald Trump, his Secretary of State, Mike Pompeo and some former Iraqi officials over the assassination of top Iranian anti-terror commander Lieutenant General Qassem Soleimani and his Iraqi companion Abu Mahdi al-Muhandis in a US raid near Baghdad airport in 2020.

On Sunday, a total of 78 plaintiffs took the legal action against former US Republican president, his top diplomat, former US ambassador to Baghdad Matthew H. Tueller, former Iraqi prime minister, Mustafa al-Kadhimi, and former director of the National Operations Center Dhia al-Musawi, registering their case at the Federal Court of Appeal in the capital Baghdad.

Among the complainants is Muhammad Hassan Jaafar, a brother of Muhandis.

Lieutenant General Soleimani, commander of the Quds Force of Iran’s Islamic Revolution Guards Corps (IRGC), al-Muhandis, the second-in-command of Iraq’s Popular Mobilization Units (PMU), and their companions were assassinated in a US drone strike authorized by Trump near Baghdad International Airport on January 3, 2020.

Two days after the attack, Iraqi lawmakers approved a bill that required the government to end the presence of all foreign military forces led by the US in the country.

On January 8, 2020, the IRGC targeted the US-run Ain al-Asad base in Iraq’s western province of Anbar with a wave of missile attacks in retaliation for the assassination of Lt. Gen. Soleimani.