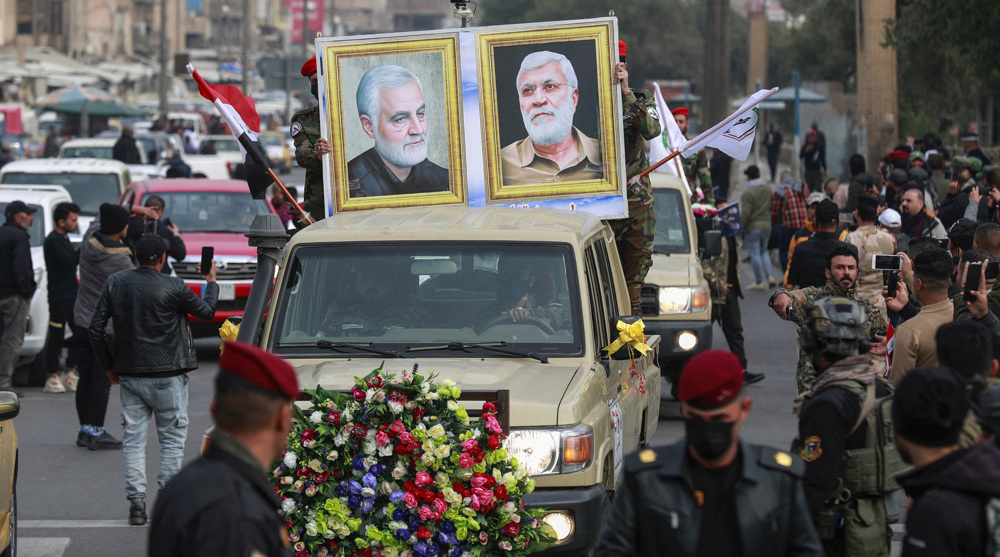 On the second anniversary of the US assassination of anti-terror icon, Qassem Soleimani, and an Iraqi commander, protesters burned US and Israeli flags before setting fire to a replica of American embassy in Baghdad on Friday.

Staged in front of Baghdad’s fortified Green Zone, the event also marked the second anniversary of the torching of a US embassy security post by Iraqi protesters in anger at US air raids, an incident that set off a confrontation with guards and prompted the United States to send additional troops to the Middle East.

With the beginning of 2022 and the end of the deadline announced by the Iraqi resistance forces to US forces to leave the country, news sources reported that the US Embassy in Baghdad is on alert.

Iranian anti-terror commander martyr Lieutenant General Qasem Soleimani was killed on Jan. 3, 2020, in a US drone strike on his convoy at Baghdad airport.

Iran retaliated by firing dozens of missiles at two US bases in Iraq, declaring that it was part of its pledged “tough revenge” and that the full revenge would be the ultimate expulsion of all American forces from the region. Tehran has also pledged to pursue Gen. Soleimani’s assassins, especially Donald Trump, even after his term as US president comes to an end.