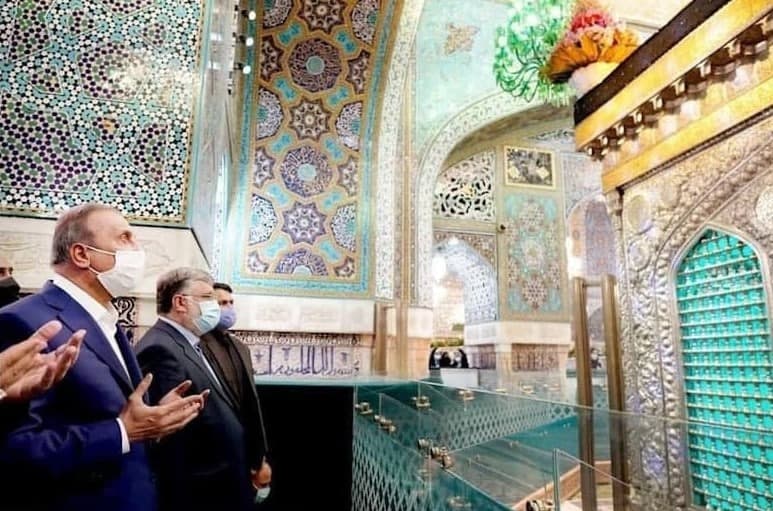 Iraqi Prime Minister Mustafa al-Kazimi has left Iran after making a pilgrimage to the shrine of Imam Reza in Iran’s holy city of Mashhad.

Kazimi was greeted by Khorasan Razavi’s governor. Kazimi’s plane touched down at Mashhad’s Shahid Hashemi Nejad Airport at 3 am on Monday and he immediately went to visit the shrine of the 8th Shia Imam after landing.

The Iraqi prime minister arrived in Iran on Saturday for talks with Iranian officials on regional issues and bilateral ties.

The two sides agreed to expand relations in all fields including trade. During his visit, Kazimi also thanked Iran’s government and people for standing by Iraq in the fight against terrorist group including Daesh.