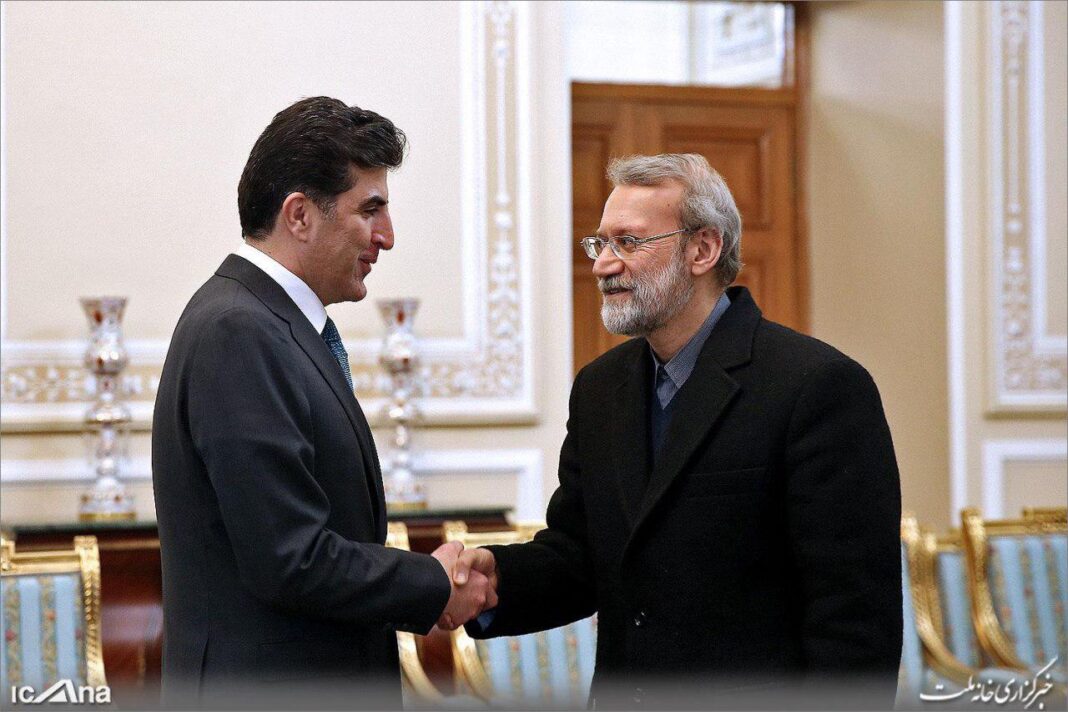 Prime Minister of Iraq’s Kurdistan Region Nechirvan Barzani says his visit to Tehran was aimed at sending the message that Erbil will never cut its brotherly relations with the Islamic Republic.

Speaking in a Sunday meeting with Iran’s Parliament Speaker Ali Larijani, Barzani thanked Tehran for its support and added the people of Kurdistan region are delighted with the reopening of borders with Iran.

“Our visit to Iran was made with the aim of sending this message to our own people that the KRG will never cut its ties with the Islamic Republic,” he added.

According to a Farsi report by ICANA, he said the KRG is ready to open a new chapter in its relations with Iran and to use its experiences for creating a bright future.

Barzani further noted that the KRG is seeking to preserve the sovereignty of Iraq.

“In our latest visit to Baghdad, we held meetings with Iraqi officials and explored ways to establish dialogue between the two sides,” he noted.

Barzani underlined that the conflicts between Erbil and the central government should be resolved within the framework of Iraq’s Constitution. He added ’we are after the unity and sovereignty of Iraq.’

He then noted that the KRG does not expect the problems to be resolved overnight. “But as the top Iraqi Shiite cleric Grand Ayatollah Ali Sistani insisted, we are ready to hold regular meetings with the central government to remove the current problems.”

He added KRG wants to remain part of a unified Iraq to keep the enemies at bay so that they cannot take advantage of Iraq’s internal divisions for their own gain.

Larijani, for his part, said Tehran’s strategy towards Iraq’s Kurdistan Region is based on recognition of an active and lively region within the Iraqi Constitution.

He went on to say that Iran has had close and brotherly relations with the Iraqi Kurds, and “will keep the relations in future because the security of Kurdistan Region is of great significant to us.”

The Iranian top lawmaker went on to say that the Islamic Republic has strategic relations with Kurdistan region, warning that the two sides should not allow the relations get severed by making strategic mistakes.

Larijani referred to the secession vote held in Kurdistan region last year and said the vote was not in the interest of “our Kurdish brothers because any problem in the region should be resolved in coordination with the central government in Baghdad.”

He underlined that the Kurdistan region has thriving economic activities and said the grounds are prepared to boost the economic conditions in the region but the KRG needs to press ahead its political agenda in coordination with the central government.

“Enemies should not be allowed to sow the seeds of division between the two groups for their own gain.”

He also expressed hope that the conflicts between the Kurdistan Regional Government (KRG) and the central government in Baghdad would be resolved in the near future.

“We hope the governments of Erbil and Baghdad would join hands to hold the parliamentary elections with a high turnout across Iraq,” he added.