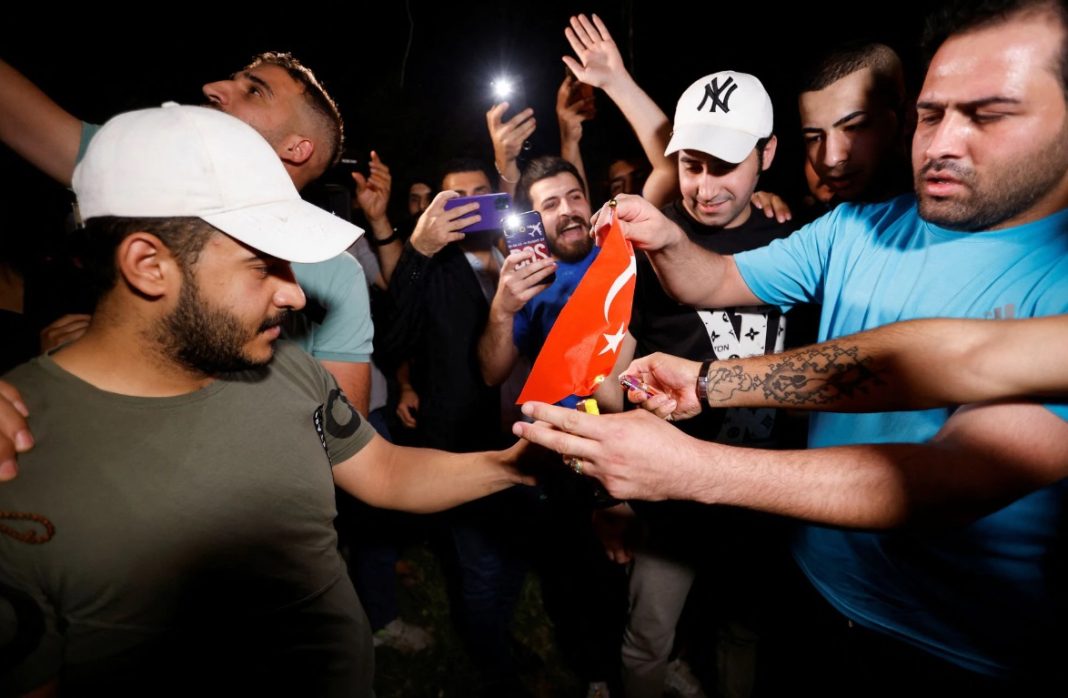 Baghdad has filed an official complaint at the United Nations Security Council against Ankara, following a fatal strike on a tourist resort in Iraq's semi-autonomous Kurdistan region blamed on Turkey. Iraq has also recalled its ambassador to protest what it calls Turkey's aggression.

Foreign Ministry spokesman Ahmad al-Sahaf made the announcement in a statement on Saturday, saying Iraq has requested the UNSC to hold an emergency meeting to discuss Turkey’s attacks, stressing that no security or military agreement exists between Iraq and Turkey.

Sahaf also stated that the Iraqi Foreign Ministry “decided to bring the Iraqi charge d’affaires in Ankara to Baghdad.”

On Wednesday, Iraqi officials claimed that Turkey has carried out a strike against the Iraqi hill village of Parakh in the Zakho district in Dohuk province, killing at least nine tourists, including children and women, and wounding more than 20 others.

Authorities in Iraq insist that the attack was carried out by Turkish forces and that they are responsible for the deaths and injuries of Iraqi civilians, while Ankara says the country’s forces did not attack civilians.

In an interview with Iraq’s Arabic news channel Alsumaria on Wednesday night, Iraqi Foreign Minister Fuad Hussein noted, “If there is a problem between the Turkish government and the Kurdistan Workers’ Party (PKK), this problem should not be dragged into the Iraqi territory.”

“Some Iraqi military experts have proved that this attack was carried out by Turkey,” he added.

However, Turkey’s Foreign Minister Mevlut Cavusoglu said on Thursday that “according to the information we’ve received from the Turkish Air Force, we have not had any attacks on civilians [in Dohuk, Iraq].”

The Turkish Foreign Ministry also rejected claims by the Iraqi authorities in a statement on Thursday and attributed the attack to members of the PKK terrorist group.

Militants of the PKK — designated as a terrorist group by Turkey, the United States, and the European Union — regularly clash with Turkish forces in the Kurdish-dominated southeast of Turkey attached to northern Iraq.

In response, the Turkish military has occupied areas in northern Iraq, where it regularly conducts attacks against purported PKK positions without the Arab country’s consent. Baghdad has repeatedly condemned Ankara’s ongoing military operations in northern Iraq.

Iraqi resistance groups have also time and again warned Turkey of the consequences of its incursions into their country.

Meanwhile, the Shia Coordination Framework of Iraq’s parliament condemned Turkey’s attack earlier in the day, urging the government of Iraqi Prime Minister Mustafa al-Kadhimi to resort to the UN Security Council as well as the Arab League to put an end to Turkey’s illegal presence in the northern region of the Arab country.

It also demanded compensation from Turkey for the damages caused by Ankara’s attacks, calling on the Iraqi government to fulfill its role in protecting the country’s sovereignty.

Al-Kadhimi has already ordered the formation of an investigative committee, headed by the foreign minister and made up of several high-ranking security officials, to thoroughly look into the circumstances surrounding the incident.

The Iraqi Foreign Ministry on Thursday summoned Turkish Ambassador to Iraq Ali Reza Guney over the deadly bombardment and demanded the withdrawal of Turkish forces from Iraqi territory.

Iraq’s Parliament was scheduled to hold an emergency session on Saturday in the presence of the country’s defense and foreign ministers and the army’s chief of staff to discuss the attack.