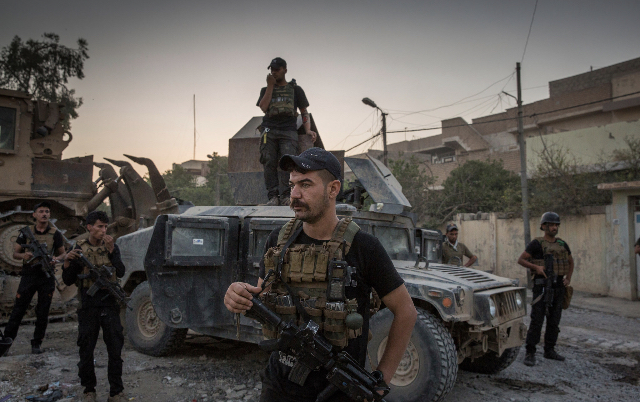 Iraq has tightened security measures on the borderline with neighboring Syria after a jailbreak by militants of the Daesh terror group in a Kurdish-controlled prison in Hasakah Province.

The Iraqi security forces are ready to confront any attempt by IS militants to infiltrate Iraqi territory, Rasoul was quoted as saying by INA.

On Thursday, a group of IS militants escaped from a prison in the Gweiran neighborhood of Hasakah, followed by violent clashes between the Kurdish-led Syrian Democratic Forces (SDF) and the IS.

Iraqi Minister of Defense Juma Inad has urged the army to hold firm against “psychological warfare” by the “enemy”.

In an audio recording, the DM stated, “before 2014, the enemy (IS) was well-armed inside and outside Iraq. It had ready sleeper cells and booby-trapped vehicles, but now its cells are less, and the Iraqi-Syrian borders are well protected.”