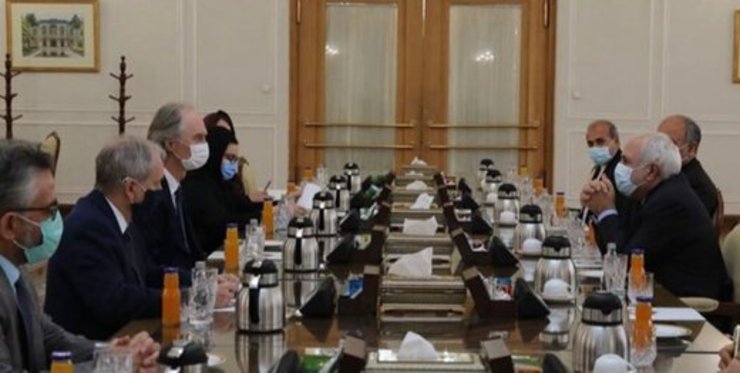 In the Sunday meeting, the top Iranian diplomat touched upon attempts by certain countries to torpedo the trend of the political settlement of Syria issues.

“Good opportunities emerged in recent years to end the Syria crisis, but each time we saw some countries try to neutralize the attempts made and to ruin those chances,” said Zarif.

The Iranian foreign minister also highlighted the necessity of lifting cruel and unfair sanctions against the Syrian government and people, particularly amid the coronavirus outbreak.

Pedersen, in turn, presented a report on the latest status of the Syrian Constitutional Committee as well as his efforts for the committee to hold its next meeting.

Pederson referred to Iran-UN cooperation in resolving the decade-long Syria crisis, stressing the importance of Iran’s role in that trend.