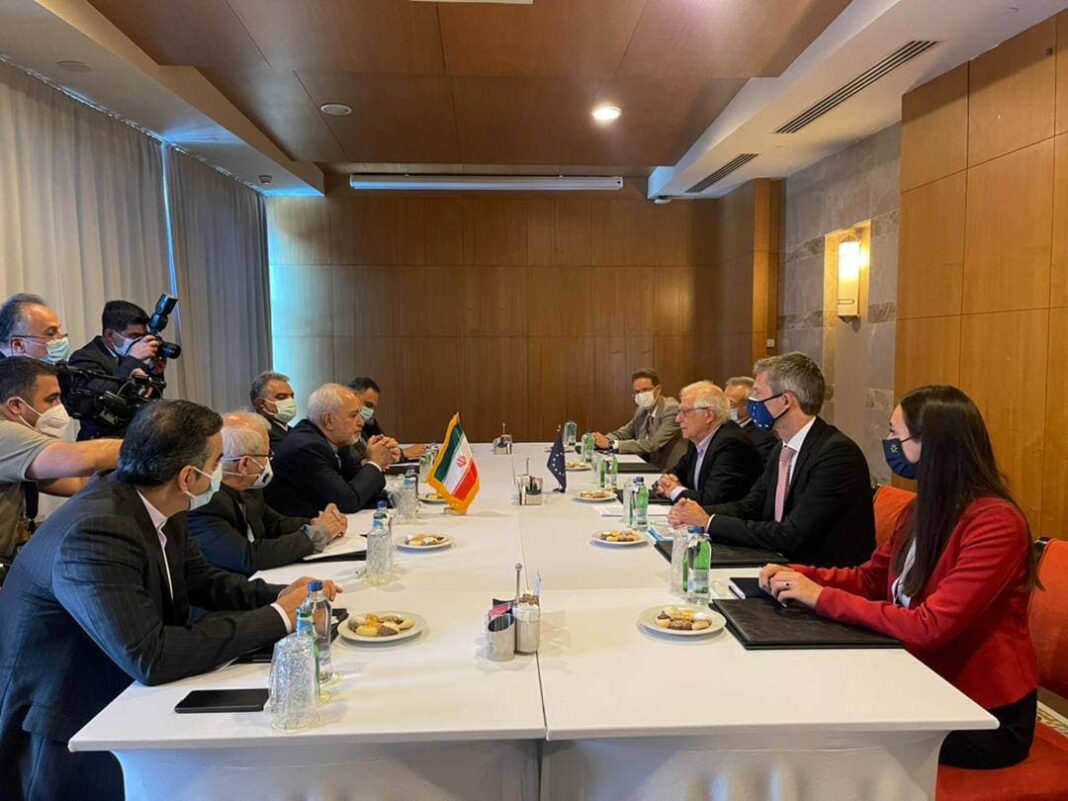 In the Friday meeting, Foreign Minister Zarif reviewed the latest status of Iran nuclear talks in Vienna, and underlined the necessity for the removal of the US sanctions, ruling out the possibility of the renegotiation of the JCPOA.

Zarif pointed to the Iranian nation’s bitter experience regarding the US’ breach of its promises during Donald Trump’s term in office, and expressed hope that the ongoing talks in Vienna will bear fruit.

The Iranian Foreign Minister further elaborated on the current situation in Afghanistan, and said the disagreements between the Kabul government and the political movements in the country are a serious problem for countering efforts to make Afghanistan insecure.

Borrell, in turn, expressed hope that the Vienna talks will bear fruit, and reviewed the latest status of the Middle East, Afghanistan, and the Latin America.