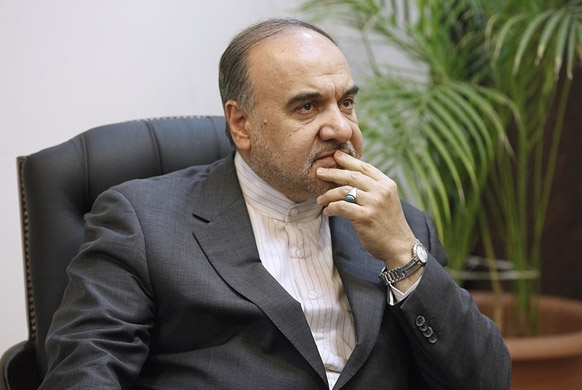 Iran's tourism sector is a flourishing market for investors and the country anticipates an influx of tourists after sanctions are removed, Soltanifar said.

Director of the Cultural Heritage, Handicrafts and Tourism Organization (ICHHTO) Masoud Soltanifar said the country is preparing for a “tsunami” of foreign tourists following the forthcoming implementation of the nuclear deal and the ensuing lifting of anti-Iran sanctions.

“In the post-sanctions era, tourism is an industry that will get a boost more than any other sector,” Soltanifar told the AP in an interview on Monday.

“Iran’s tourism sector is a flourishing market for investors. We are anticipating a tsunami of tourists after sanctions are lifted,” he added.

Soltanifar said Iranian officials are trying to clear obstacles for tourists and issue visas on arrival at the airport in Tehran for nationals of 190 countries.

The visas will be valid for 30 days, with the possibility of being extended for another 15 days, he said, adding that tourism authorities are also planning to issue electronic visas as of next year.

Soltanifar said that Americans and Britons traveling to Iran will need an advance visa to enter mainland Iran, according to their respective governments.

The director of the Cultural Heritage, Handicrafts and Tourism Organization said in 2014, there were 3,400 American visitors to Iran, up from 1,800 in 2013.

“We need to increase our four and five star hotels from 130 to 400 in 10 years. We are providing low-interest funds out of the National Development Fund to private investors to build modern hotels,” Soltanifar said.

He also said that the Islamic Republic needs to renovate its “air transportation system and buy new planes after sanctions are lifted,” adding, “American tourists and investors are welcome. There is no obstacle or restrictions for them to visit Iran or invest in the country.”

Last month, an Iranian firm signed an agreement with French hotel giant AccorHotels to use the Novotel and Ibis brands for 15 years, the first deal of its kind in three decades.

Following the conclusion of nuclear talks between Iran and P5+1 on July 14, business executives and politicians from different countries are shuttling to Iran to lay the groundwork for investment and trade.

The comprehensive nuclear deal will terminate all nuclear-related sanctions imposed on Iran after coming into force.