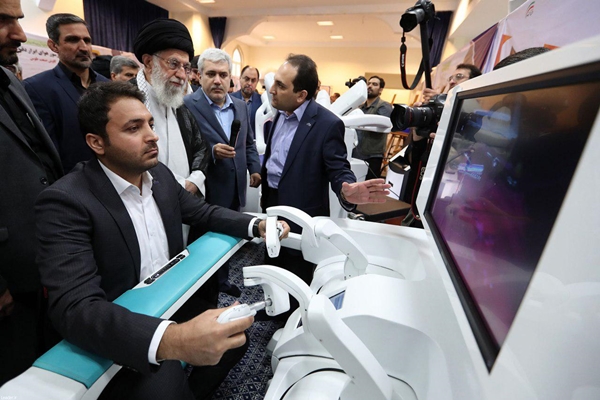 Iran’s Vice President for Science and Technology Sorena Sattari says with the approval of the Leader of the Islamic Revolution, the National Development Fund has provided a great deal of support to the country's scientific sector, which has helped accelerate the quality and speed of scientific and knowledge-based projects.

Speaking at a Tuesday exhibition of knowledge-based products also attended by the Leader, Sattari gave a report on the approaches and plans of the vice presidency for transition from oil-based to knowledge-based economy.

The vice-president also referred to plans to create innovation zones alongside universities and scientific centres saying that the Islamic Republic is the largest innovation ecosystem in West Asia.

He noted that more than 4,500 knowledge-based companies with a net income of $8 billion have provided employment opportunities for about 300,000 people.

Sattari called the development of advanced medicines a successful example of trust in the country’s young motivated people, and said that as a result of the promotion of this ecosystem, the brain drain in the pharmaceutical sector has almost stopped.

“Any medication that goes into this cycle, up to two years later, is commercially available on the market,” concluded Sattari.